Virus Transmission Can be Prevented With Anti-HIV Vaginal Ring 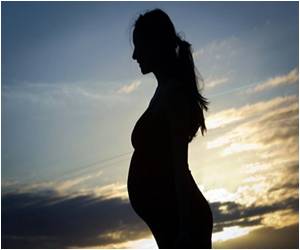 Transmission of SHIV can be prevented with the help of a vaginal ring releasing an anti-HIV drug, finds a new study.

This study by Population Council provides the first efficacy data on the delivery of a microbicide from a vaginal ring, and indicates strong potential for the success of such rings in women.

Syphilis is a sexually transmitted disease caused by the spirochete bacterium. Syphilis can be passed from mother to her baby during pregnancy.

Microbicides are compounds that can be applied inside the vagina or rectum to protect against sexually transmitted infections (STIs), including HIV.


"This proof-of-concept study confirms that the investment in vaginal rings as a delivery system for HIV prevention is paying off," Naomi Rutenberg, vice president and director of the Population Council's HIV and AIDS Program, said.

"Our findings show that rings can deliver an anti-HIV drug to prevent infection," she said.

Macaques received either MIV-150 vaginal rings or placebo vaginal rings and then were exposed to a single dose of SHIV, a virus combining genes from HIV and SIV (the monkey version of HIV).

Testing drugs in animals is important to ensure the highest level of safety and build the evidence base for potential efficacy in humans.

The macaques received MIV-150 vaginal rings made from ethylene vinyl acetate (EVA) either 2 weeks or 24 hours before exposure to SHIV.

The rings were removed either immediately before or 2 weeks after exposure to SHIV.

The timing of ring insertion relative to virus exposure was varied in order to test which would provide better protection: continued presence of drug in the tissue over time or a high rate of drug release that occurs immediately after ring insertion.

However, the protection was lost when rings were removed just prior to virus exposure: in that scenario, 4 of 7 monkeys were infected, representing 16 percent protection.

"We were surprised that the rings had to remain in place after exposure to be effective," Tom Zydowsky, lead scientist and senior co-author on the study, said.

"We thought that the ring used in this study might only need to be present before virus challenge. We found that it is critical for the ring to also be present after exposure to the virus," he added.

Everything You Need to Know about Vaginal Health