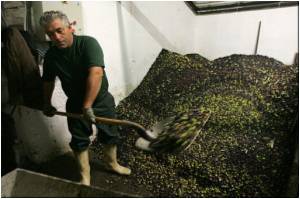 Olive oil and a Mediterranean diet have always been known to reduce the risk for cardiovascular disease, but a new research has pointed out how these foods can change the way genes connected to atherosclerosis function.

"Knowing which genes can be modulated by diet in a healthy way can help people select healthy diets," said Maria Isabel Covas, D.Pharm., Ph.D., a researcher involved in the work from the Cardiovascular Risk and Nutrition Research Group at the Institut Municipal d'Investigacio Medica in Barcelona, Spain. "It is also a first step for future nutritional therapies with selected foods."

Reasons Why Olive Oil is Good for Health

Researchers have now given us reasons why virgin olive oil is good for health.
Advertisement

Scientists worked with three groups of healthy volunteers. The first group consumed a traditional Mediterranean diet with virgin olive oil rich in polyphenols. The second group consumed a traditional Mediterranean diet with an olive oil low in polyphenols. The third group followed their habitual diet. After three months, the first group had a down-regulation in the expression of atherosclerosis-related genes in their peripheral blood mononuclear cells. Additionally, the olive oil polyphenols made a significant impact on the expression of genetic changes influencing coronary heart disease. Results also showed that the consumption of virgin olive oil in conjunction with a Mediterranean diet can positively impact lipid and DNA oxidation, insulin resistance, inflammation, carcinogenesis, and tumor suppression.


"This study is ground breaking because it shows that olive oil and a Mediterranean diet affect our bodies in a far more significant way than previously believed," said Gerald Weissmann, M.D., Editor-in-Chief of the FASEB Journal. "Not only does this research offer more support for encouraging people to change their eating habits, it is an important first step toward identifying drug targets that affect how our genes express themselves."

Butter is Better for You Than Olive Oil