Violence and Abuse Against Doctors on the Rise 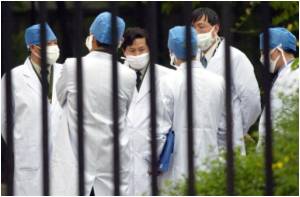 Violence and abuse against doctors is a problem and on the rise, according to a report published by the British Medical Association in Northern Ireland.

Half of doctors in this survey had been verbally abused, threatened or assaulted in the past year and, despite the rise in abuse, doctors still want to do the best for their patients, with the majority continuing to treat patients in the face of the threat of assaults.

A recent directive from the Supreme Court of India for expert panels to decide on prosecuting doctors for criminal negligence has been widely welcomed.
Advertisement

Dr Paul Darragh, Chairman of the BMA's Council in Northern Ireland, who has himself been assaulted in the past, said,


"The findings of this survey are incredibly worrying for the medical profession. The abuse is often random, with no particular motivation behind the physical violence. The effect of threats, abuse and assaults impact not only on doctors on the receiving end, but also the wider healthcare team and other patients.

A controversial doctor who provided late-term abortions was fatally shot as he walked into his Kansas church, and authorities said they have arrested a suspect in the case.
Advertisement
"Although a large proportion of A&E doctors told us that violence is very much a problem in A&E, over 60% of violent or abusive incidents were reported to have occurred in hospital wards.

"This cannot be allowed to continue".

Worryingly, the report showed that many incidents involved a perpetrator who already had a history of violence or abuse.

"First and foremost, BMA(NI) is calling for patients and their relatives to stop abusing doctors who are trying to provide treatment.

"Secondly, BMA(NI) is calling for patients with a history of violence to be identified by placing a warning marker on their health record. This information should be shared between all healthcare organisations including primary, secondary and community care organisations, enabling healthcare staff to take appropriate precautions to ensure their own safety".

The BMA(NI) report shows a clear difference in the approach taken to tackling violent patients between secondary and primary care.

"Many of my colleagues take precautions against patients who are known to be violent. For example, they have had panic buttons installed in surgeries. However one of the best tools available for family doctors is the fact that there is a protocol in place to move violent patients to a different GP surgery, with appropriate facilities for treatment, which ensures that a patient will still receive treatment.

"This results in less risk to all staff in the surgery, including the receptionists and nurses.

"It would make sense for a similar robust process to be put in place in hospitals to both identify violent patients and enable doctors and other healthcare professionals to carry out their work in a safe environment".

BMA(NI) acknowledges that policies have already been put in place which attempt to support doctors and healthcare workers who have been assaulted, emphasising the "zero tolerance" approach that must be taken.

"Doctors are here to treat patients and should not be prevented from doing so by violent and abusive patients and their families. While we welcome that work that has been carried out to date, more needs to be done to both prevent verbal and physical attacks from taking place, and to support staff who have been assaulted while doing their job".