Lactic acid could provide ample energy if used properly is what a study says.

In a paper in press for the American Journal of Physiology - Endocrinology and Metabolism, published online in January, Brooks and colleagues Takeshi Hashimoto and Rajaa Hussien in UC Berkeley's Exercise Physiology Laboratory add one of the last puzzle pieces to the lactate story and also link for the first time two metabolic cycles - oxygen-based aerobic metabolism and oxygen-free anaerobic metabolism - previously thought distinct.

"This is a fundamental change in how people think about metabolism," exercise physiologist George Brooks, UC Berkeley professor of integrative biology, said. "This shows us how lactate is the link between oxidative and glycolytic, or anaerobic, metabolism."


"The world's best athletes stay competitive by interval training," Brooks said, referring to repeated short, but intense, bouts of exercise. "The intense exercise generates big lactate loads, and the body adapts by building up mitochondria to clear lactic acid quickly. If you use it up, it doesn't accumulate."

Experiments with dead frogs in the 1920s seemed to show that lactate build-up eventually causes muscles to stop working. But Brooks in the 1980s and '90s showed that in living, breathing animals, the lactate moves out of muscle cells into the blood and travels to various organs, including the liver, where it is burned with oxygen to make ATP.

"This experiment is the clincher, proving that lactate is the link between glycolytic metabolism, which breaks down carbohydrates, and oxidative metabolism, which uses oxygen to break down various fuels," Brooks said.

"Our findings can help athletes and trainers design training regimens and also avoid overtraining, which can kill muscle cells," Brooks said. "Athletes may instinctively train in a way that builds up mitochondria, but if you never know the mechanism, you never know whether what you do is the right thing. These discoveries reshape fundamental thinking on the organization, function and regulation of major pathways of metabolism." 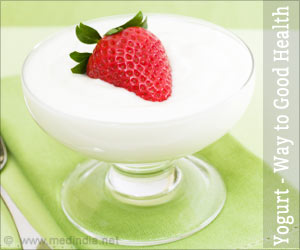