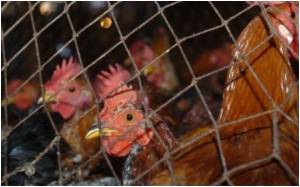 The spokesman for the Imperial Hospital in Copenhagen said on Saturday, that Denmark's first suspected case of bird flu in a human has been proved false.

The result of an examination by specialists of a man who had been brought to the hospital during the night showed that he was not infected, the spokesman said. A 25 yr old man, was thought to be infected was transferred from a hospital in Nykobing on the island of Falster to the hospital in Copenhagen on Saturday.

Bird flu is a fatal disease of chickens, turkeys, guinea fowls, and other avian species, especially migratory waterfowl. This virus that causes the bird infection can mutate to infect humans.
Advertisement

The reason for suspecting the infection on the man was due to his line of job which has him in contact with bird excrement. Most of Denmark's cases of H5N1-strain bird-flu infections in birds have occurred on the islands of Falster and Lolland, which border Germany. According to figures from the WHO the fatal H5N1 strain, has killed more than 100 people across the world.