Construction Of A New Hospital In The Bega Area Confirmed 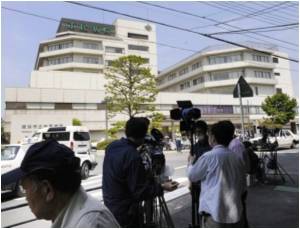 THE NSW Minister for Health, John Hatzistergos, has confirmed that a new hospital for the Bega area will be constructed on a priority basis.

Stating that he has directed the Area Health Service and NSW Health to start the detailed planning process for a new hospital. Stating that they will undertake detailed planning of the future health needs of the Bega community in order to determine the size and type of hospital that is needed, and where it should be located, he also added that the planning will be carried out with strong involvement from local clinicians and the community.

The Minister announced this after a meeting on Tuesday in Sydney with Dr Gabe Khouri and Dr Matthew Nott from the Bega District Hospital's medical staff council. He said that the new Bega Hospital will be a priority for the government, and that is why they have put it on the next five years of their 10-year capital works program. He also stated that Mr Steve Whan, the Member for Monaro, has been extremely active in bringing this issue to my attention. "The Bega community has made its views clear, and we have listened", he announced. He stated that although they had committed to a new hospital, he acknowledges that more capital works have to be done at Bega in the medium term. He instructed the Area Health Service to work with clinicians to look at what needs to be done to keep Bega hospital working effectively.


The Member for Bega, Andrew Constance, has paid tribute to the medical staff councils, local Area Health Service staff, and the wider community for their lobbying of the Health Minister on the need for a new hospital. He said that it was pleasing to see the community's efforts gain the result of an upgrade of the current facilities at Bega District Hospital and the five year plan to deliver a new $100 million hospital on a green field site in the Bega Valley Shire. He stated that they had been working hard to raise concerns about the state of the infrastructure within local hospitals and putting political pressure on the NSW Government.
Advertisement
Mr Constance further said he would call on the Minister to ensure that the $100 million outlay for a new hospital is in this year's budget papers and that the five-year delivery of the new hospital is there in writing along with any other additional funds, which might be needed to upgrade the operating theatre.