An almond shaped structure in the brain, and quite a tongue twister called the Amygdala, has caught the fancy of the UC Irvine researchers. It seems as though there is more to the origin of the pithy phrase- Men are from Mars and Women are from Venus!

Researchers have discovered that Amygdala, which has the portfolio of handling emotionally influenced memories, behaves differently in males and females, while at rest and in the absence of any stimulus.


Larry Cahill, an associate professor of neurobiology and behavior, and Lisa Kilpatrick, a former postdoctoral fellow in his laboratory, have discovered that the amygdala, present on both sides of the brain, portrays different behavior in males and females, when they are at rest. The researchers observed that in men, the right amygdala displayed far greater activity, establishing connections with other regions of the brain, in the absence of stimulus. In women, the left amygdala was active depicting connections with the other regions of the brain.


This study published in the weekly issue of NeuroImage, assumes importance in the treatment of psychiatric disorders in men and women.

Cahill, a fellow at UCI's Center for the Neurobiology of Learning and Memory said "These findings are intriguing because they provide the first hint of what could be a fundamental difference in how the brain is wired in men and women. If, even in a resting state, the brain shows such differences between the sexes, it could have far-reaching implications for our study of certain psychiatric and medical disorders. Throughout evolution, women have had to deal with a number of internal stressors, such as childbirth, that men haven't had to experience. What is fascinating about this is the brain seems to have evolved to be in tune with those different stressors." 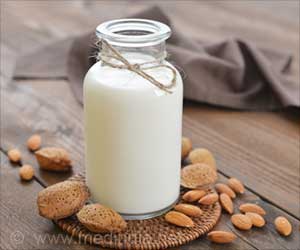 Almond Milk - Properties and Benefits
What is almond milk? Is almond milk good for you? This plant based alternative to dairy milk has health benefits aside from alleviating symptoms of lactose intolerance, which will be discussed in this article.
READ MORE 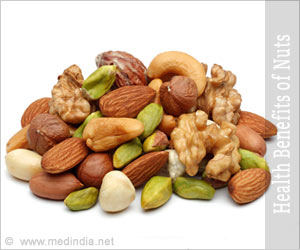