According to the World Health Organization (WHO), there is an outbreak of apparent botulism, which could be due to the consumption of home-preserved bamboo shoots. It has left more than 150 people sick after festival in northern Thailand. WHO further stated that according to the Thai Ministry of Public Health (MOPH) that 152 people had signs and symptoms consistent with botulism as on March 20th. About a 100 people are hospitalized an almost 40 of them in need of respirators, though there has been no reports of death so far. The newspapers reported today that 42 of the patients were comatose, many of who were air lifted to hospitals in Bangkok.

The sick were all among about 170 participants in a Buddhist festival in the Banluang district of Nan province last week. All of who contracted this deadly disease, after consuming contaminated processed bamboo shoots, which had been stored in aluminum cans. It is probably the largest such incident, and might even be the worst incidence of botulism in the world. The Thai ministry of Public Health (MOPH), along with WHO and Disease control and prevention of the US, are investigating the outbreak, with a detailed case and cohort study. The UK, US have rushed in about 60 doses of antitoxins and Japan is further sending about 70doses along with more experts to help investigate the outbreak.


Botulism (from Latin botulus, "sausage") is a rare but serious paralytic illness caused by a nerve toxin called Botulin that is produced by the bacterium Clostridium botulinum. Botulin is the most potent known toxin, blocking nerve function and leading to respiratory and musculoskeletal paralysis. Symptoms include double vision, blurred vision, ptosis, muscle weakness, difficulty speaking, difficulty swallowing, difficulty breathing and nausea. This toxin has made its name in the recent past, as it one off the main ingredients for making weapons of mass destructions. The weapons are considered categorized 'A' for their power to disseminate, cause high mortality rate, and public panic.

Thai officials have given no indication that the food poisoning has arisen from anything other than contaminated food. The Thai Cabinet has also approved of 33 million baht (US$851,000, 701,000 euros) emergency budget with about half the money spent on acquiring antitoxins. Prime Minister Thaksin Shinawatra told reporters after the meeting. 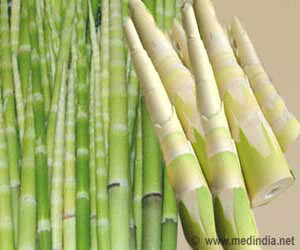 Bamboo Food
Heres a recipe of the bamboo shoot thats healthy, tasty and easy on your palate. Be sure to try it out!
READ MORE