The free dental services rendered to Scotland children, could soon come to an end, warn Dentists, who are unhappy about the allowances, handed out by ministers. Dental practices in Scotland yield a considerable amount of additional revenue , provided there are enough number of registered NHS patients.

There exists a flaw in the definition of who would be eligible for such extra payments, says the British Dental Association (BDA). This could mean that a lot of dentists would be restricted with respect to their clinical practise, in the future.

Scotland has one of the worst dental records when a child's dental health is taken into consideration. The level of tooth decay among 5-year olds, in Scotland was 2.76 teeth per child, as revealed by a dental survey conducted in 2003. This is much greater compared to a 1.47 per child in England.


About 66% of all youngsters in Scotland (712, 000) have registered themselves for free dental care under an NHS dentist. The scenario could only get worse, if not better, if children are restricted from access to dental care.

While the Scottish Executive said that it would be unacceptable to deprive children of free dental care access, the Dentist's argue that they were forced to resort to the step in view of the crisis faced by the dental health service.

According to the latest definition, dentists would be eligible for extra payments only if they have under them at least 500 NHS-registered patients under them, out of which at least a 100 must be adults who pay the NHS for dental services. Pregnant women, children and those on benefits are excluded from NHS payment.

The main focus of this initiative is to attract non-NHS registered patients, who currently pay more for private dental services and encourage them to get registered under the NHS. Currently, there has been an increased tendency for dentists to concentrate on private patients rather than children and NHS patients, on account of increased profit.

This, in the opinion of the Scottish Executive is considered to lead to a reduced level of commitment. It could also pave way for dentists to practise in areas with few fee-paying patients, even when do not qualify for such higher payments. Infact, 270 of the 836 NHS dental practises in Scotland do not qualify for such extra income.

'What is unacceptable is for the BDA, or any individual dentist, to threaten to deny dental care to children as a means of extracting money for themselves from the NHS or from parents. I hope the BDA will withdraw this deplorable threat to NHS dental services for children,' remarked the Minister, Macdonald.

'The BDA is not threatening to deny treatment to children. We are pointing out the reality of the situation if the minister does not reconsider the measures he has put in place. Dentists have to make business decisions. They are not trying to make money for their own pockets. They want to make money to invest in their service, to modernise the services they offer and give more preventive care,' said Andrew Lamb of the BDA in a response statement.

In view of the above threat, it is high time that the health officials of the BDA and the Executive agree upon a consensus regarding this growing problem. 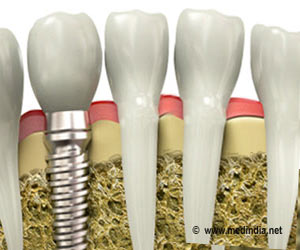