Diagnosing oral cancer and Sjogren's syndrome using saliva-based tests will soon become a reality according to two studies presented at the yearly meeting of American Association for Dental Research. Sjogren's syndrome is an autoimmune disorder that is characterized by dry eyes, dry mouth and rheumatoid arthritis. "If we can catch someone with oral cancer at stage 2 instead of stage 4, we can improve this person's 5-year survival rate by 50 percent, which would be of tremendous service not only to the quality of life of the individual, but also to the healthcare burden of the country," senior investigator Dr. David Wong said. Reserachers led by Dr Wong at the University of California in Los Angeles monitored 350 saliva samples from oral cancer patients and compared the same with healthy patients. It was found that seven "messenger RNAs," that are vital for building proteins were at a high level in oral cancer patients. Using this as a guideline, researchers had developed a test to detect oral cancer, which would be useful in screening people with high risk of developing the condition. In another study, Dr. Jane C. Atkinson and colleagues at the National Institute for Dental and Craniofacial Research in Bethesda, Maryland have shown that the saliva of patients with Sjogren's syndrome can be compared with that of healthy individuals to diagnose the condition. Sjogren's syndrome patients have varying concentration of certain proteins found in saliva. "This should allow us to diagnose patients more easily, to observe what actually happens to the salivary gland of patients with Sjogren's syndrome, to develop therapies to halt disease progression, to follow their progress during clinical trials, and to develop more effective saliva substitutes," Atkinson said.

Leukoplakia
Leukoplakia refers to a painless, raised white patch in the mouth that does not go away on rubbing, and is associated with an increased risk of getting oral cancer.
READ MORE

Oral Cancer
Oral cancer is a cancer that develops in any part of the mouth. It is more common in men over 40.
READ MORE 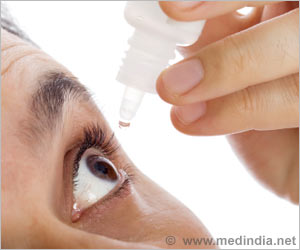 Sjogren's Syndrome
Sjögren's syndrome is an autoimmune disease that affects the exocrine glands and other tissues of the body. Most of the patients are females.
READ MORE