Mineral Water Stored In Plastic Containers For Long Could Be Lethal

A new study has found out that mineral water stored in plastic containers for a very long period could be deadly .

Plastic containers release a deadly toxin named as antimony to the water. The levels of poisonous toxin increase the longer the water is stored, reported the online edition of Daily Mail.


World expert William Shotyk tested ground water and 15 types of bottled mineral water in Canada and 48 brands of water in Europe. His tests found traces of antimony - the chemical used in the making of polyethylene terephthalate (PET) bottles used by most mineral-water sellers.


Small doses of antimony can make you feel ill and depressed. Larger quantities can cause violent vomiting and even death.

The study stressed that amounts of antimony were well below official recommended levels. But it also discovered that the levels almost doubled when the bottles were stored for three months.

Professor Shotyk, of Heidelberg University in Germany, who has vowed never to drink bottled water again - says the study will be published in the Royal Society of Chemistry's journal next month.

He said: "I don't want to shock people but here's what I know: Antimony is being continuously released into bottled drinking water. The water in PET bottles is contaminated."

But David Coggan, a Southampton University-based epidemiologist who works with the Medical Research Council, called for further research into the findings.

He said not enough was known about the effects of antimony and how much had to be consumed before it became dangerous.

Last year naphthalene, which can cause liver damage in high doses, was found in two bottles of Volvic mineral water. Bacteria which could leach into bottled water has been cited as a possible reason for rising levels of food poisoning. 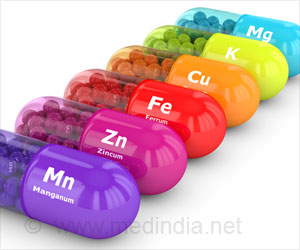 Mineral Deficiency
Mineral deficiency is a condition in which the concentration of an essential mineral element in the body becomes very low and leads to impairment of function.
READ MORE

MagnesiumWater - Nutrient that Beats the HeatTips for Healthy Fasting During RamadhanMineral DeficiencyWater Matters: Why You Need to Drink Enough Water Everyday