A new study published in the February issue of the Journal of Periodontology, says that chronic periodontal infection does raise the risk of developing preeclampsia in pregnancy. The results of the study also indicate that preeclamptic mothers have low birth weight babies as compared to women who do not have preeclampsia.

"We found that chronic periodontitis was more prevalent in the preeclamptic group by almost 64 percent than the non-preeclamptic group at 36 percent," said Dr. Adolfo Contreras from the School of Dentistry, University of Valle, Cali-Columbia. "Women in the preeclamptic group had more clinical attachment loss than the healthy women group. Moreover, mothers having preeclampsia showed greater periodontal destruction." It was also found that the presence of common periodontal microorganisms like Porphyromonas gingivalis (P.gingivalis); Tannerella forsythia (T. forsythia); and Eikenella corrodens (E.corrodens) increased the risk of preeclampsia in pregnant women. This fact could be an indictor that these bacteria find a way into the bloodstream of pregnant individuals. The levels of these bacteria are significantly increased in gum disease or periodontitis. "P. gingivalis has not only been found in the blood circulation but also in atherosclerotic plaques, which has been linked to periodontal disease and cardiovascular disease," said. Contreras. The study examined 130 preeclamptic and 243 non-preeclamptic women in 26-36 weeks of pregnancy.


Commenting on these findings, Kenneth A. Krebs, DMD and AAP president. said, "Pregnancy-associated gingivitis is a preventable and easy to treat disease. It is still not known what is the precise mechanisms involved are in the association between periodontal infections and preterm birth. To date, no harmful damaging effect caused by periodontal intervention in pregnant women has been reported." Contact Information: Amy Duff The American Academy of Periodontology Phone: 312.573.3244 Fax: 312.573.3234 http://www.perio.org

Benefits of Coconut Oil Pulling
Oil pulling is a type of oral therapy that cleanses the oral cavity by expelling toxins. This is an ancient remedy for many oral problems.
READ MORE 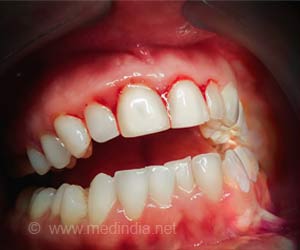 Gingival Hyperplasia / Gingival Enlargement
Gingival hyperplasia is an excessive growth of the gum tissue. Gingival enlargement or gum disease is often caused by poor hygiene, vitamin C deficiency or due to side effects of prescribed medications.
READ MORE 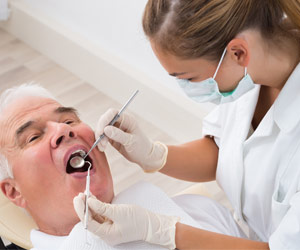