A recent article reviewing the research carried out so far into the effects of CoQ10 on the progressive debilitating disease- Parkinson's has revealed that a new phase III trial is scheduled to commence this year. In the past three years, demand for CoQ10 has escalated, causing soaring prices and reports of fake products entering the market. The increase in demand is thought to have been triggered by the publication of Shults' earlier phase II study, published in 2002, which showed a positive trend for coenzyme Q10 to slow progressive disability that occurs in Parkinson's disease.

Japanese supplier Kaneka, which has produced natural CoQ10 since 1977 through a yeast fermentation process and currently supplies between 60 and 70 percent of the CoQ10 sold in the US. The US has been estimated to account for up to two thirds of global demand. Kaneka doubled its capacity to 150 tons last year and is adding a further 30 tons this year, followed by an additional 100 tons at a new plant next year.

In the phase II study, researchers compared a placebo with three doses of CoQ10 - 300, 600 and 1200 mg/day. Each group consisted of 20 patients in the early stages of the disease, who had not received any medication. All patients also received 1200IU/day of vitamin E. The patients' were evaluated using the Unified Parkinson's Disease Rating Scale (UPDRS) at one, four, eight and 12 months, then with 16 visits either up until the point when the patient's condition meant that they required medication, or up to a maximum of 16 months. In the study not only were the high doses of CoQ10 seen to be safe and well tolerated but they were also the most effective. Which has led Shults to start a phase III study evaluate a higher dosage.


The new phase III research will compare placebo and two dosages of CoQ10 (1200 and 2400 mg/day), with 200 patients in each treatment arm. Researchers say they are hopeful that this study will answer many of the questions regarding the short- and longer term effects of coenzyme Q10 in Parkinson's disease. 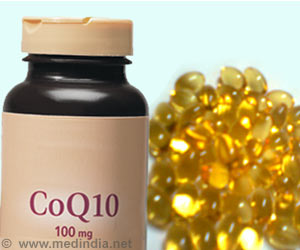