According to researchers from University College London (UCL), regular consumption of black tea can help in rapid recovery from stress.

They conducted a study that was published in the journal of Psychopharmacology. In the study, men who drank black tea 4 times a day for 6 weeks had lower levels of the stress hormone cortisol than the control group that drank a false tea substitute. A superior feeling of relaxation was observed in tea drinkers after performing stress-level raising tasks.


Andrew Steptoe, of the department of Epidemiology and Public Health of UCL and one of the report's authors, said, "The findings can have important health implications. Slow recovery following acute stress has been associated with a greater risk of chronic illness such as coronary heart disease. Although it does not appear to reduce the actual levels of stress we experience, tea does seem to have a greater effect in bringing stress hormone levels back to normal."


This study was conducted on 75 tea-drinking men, who were divided into 2 groups, all giving up their normal tea, coffee and caffeinated drinks. One half was given a fruit-flavoured caffeinated tea mixture having the usual constituents of a cup of black tea while the other half a caffeinated placebo similar in taste but devoid of the active tea ingredients.

After 6 weeks, the participants were given a series of stress level raising tests like 5 minutes for preparation and delivery of a presentation. Stress levels, blood pressure and heart rate increased to the same amount in both the groups. However, 50 minutes after the tasks, there was a drop in cortisol levels at an average of 47% among the tea drinkers compared to 27% in the other group. It was found that in the tea drinkers, the blood platelet activation, associated with blood clotting and heart attack risks, was lower. Higher degree of relaxation in the recovery period was observed in this group.

Steptoe said: "Drinking tea has traditionally been associated with stress relief, and many people believe that drinking tea helps them relax after facing the stresses of everyday life. "However, scientific evidence for the relaxing properties of tea is quite limited. This is one of the first studies to assess tea in a double-blind placebo controlled design - that is, neither we nor the participants knew whether they were drinking real or fake tea.

"This means that any differences were due to the biological ingredients of tea, and not to the relaxing situations in which people might drink tea, whether they were familiar with the taste and liked it, and so on. It is not known which ingredients in tea are responsible for the effects found in the study." 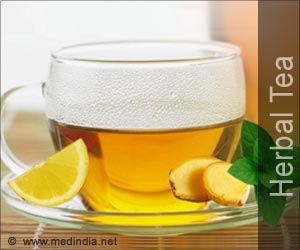