Mothers Milk may have no influence on childs IQ

A major study conducted on breastfeeding revealed that mother's milk had little or no impact on the child's intelligence.

Studies in the past 80 years have reported higher IQs in breastfed children than in formula or cow's milk fed ones. However, the recent study proposes that the reason could be that the mothers of the breastfed babies could be more intelligent. Other influencing factors are higher levels of education and stimulating home environments.

The Medical Research Council and the University of Edinburgh carried out the study by examining the data from 5,475 children and 3,161 mothers in the US, collected from the US national longitudinal study of youth, 1979. Several factors like whether the child was breastfed, the home environment, socio-economic status and maternal intelligence, race and education were taken into account.


The results revealed that when breastfeeding alone was considered, the IQ of the child seemed to have an advantage. However, when other factors like maternal intelligence, home environment and IQ were taken into account, there was less than half a point's difference due to breastfeeding in the child's IQ. Scientists consider this difference to be trivial.

"It's absolutely minuscule," said Geoff Der, a statistician from the Medical Research Council's social and public health sciences unit, who led the study. This finding was supported by the additional study involving comparison of statistics on kids in the sample group, in which, one group had been breastfed and the other had not. "Breastfeeding has little or no effect on intelligence in children," says the research, published by the British Medical Journal online. "While breastfeeding has many advantages for the child and mother, enhancement of the child's intelligence is unlikely to be among them."

However, the study revealed a direct association between the mother's IQ and the chances of her to breastfeed. Mr Der said: "The fact that there are big differences between women who breast feed and those who don't is well established. What wasn't clear was whether the background of the mothers who breastfed and the family circumstances was sufficient explanation for the apparent difference in the IQs. We've found that it is. Intelligence is determined by factors other than breastfeeding. Breastfed babies are smarter because their mums are clever."

But Rosie Dodds, policy researcher at the National Childbirth Trust and a breastfeeding counsellor, said, "Research published last year from the Philippines, where poorer women breastfeed, suggested a link between breast milk and intelligence. Children breastfed for longer scored higher in intelligence tests when aged 8 and 11. "

Additional studies conducted by University College London that was published in September revealed that the probability of reaching the developmental milestones late is increased by 50% in the babies who are never breastfed than those who were given only mother's milk till 4 months and attach this to "some component(s) of breast milk or feature of breastfeeding" than the mother's IQ. A different study on premature babies revealed that there was a 5-points rise in their IQ when they were breastfed.

Mr Der said, "The researchers did not seek to denigrate breastfeeding, which was definitely the smart thing to do". 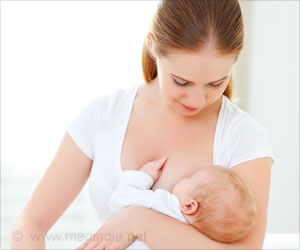 Why Do We Eat - Nutrition FactsDiet Lifestyle and Heart DiseaseTypes of Food AllergiesThe Acid-Alkaline balance, Diet and HealthAcid Base Dietary Balance and its Influence on Our Health and WellbeingLactose IntoleranceSurprising Benefits of DairyCalcium Rich FoodsEffects of Consuming Alcohol while Breastfeeding

Advanced Knowledge on Autism, Basing on Mosaic Mutations Child Marriage is Legal Across Canada Skin-to-skin Contact With Fathers Benefits Newborns Self-Controlled Child Will Later Be a Healthier Adult Where Do Toddlers Look While Being Spoon-Fed? Caregivers' Hands or Face?
More News