Nonsteroidal anti-inflammatory drugs (NSAIDs) are known to enable manifold benefits for patients, but health care providers should tread carefully, evaluating potential risks before such drugs are recommended for their patients, according to a diverse expert panel. Gastrointestinal (GI) morbidities are becoming common fallouts of NSAID use that could mean complications in both the upper- and lower-GI tracts; this may include even serious GI complications, even ulcers with profuse bleeding, which is observed in one to four percent of NSAID users annually.

The findings of the panel, 'Consensus Development Conference on the Use of Nonsteroidal Anti-Inflammatory Agents, Including Cyclooxygenase-2 Enzyme Inhibitors and Aspirin,' were published in the September issue of Clinical Gastroenterology and Hepatology, published by the American Gastroenterological Association (AGA) Institute.


'NSAIDs are the most widely used medications in the world, and the broad use of these drugs confirms their effectiveness and relative safety,' according to C. Mel Wilcox, MD, professor of medicine, University of Alabama at Birmingham, and lead author of the paper. 'However, well-recognized GI complications and previously unrecognized cardiac risks have caused great concern about the use of these drugs among healthcare professionals. The AGA Institute convened the consensus conference to increase awareness about the benefits and the risks of GI and cardiovascular toxicities associated with these medications and to improve their use.'


An estimated 50 billion aspirin tablets are consumed worldwide and approximately 60 million prescriptions are written for NSAIDs each year in the U.S., predominantly for older patients. These drugs are effective in acute and chronic treatment of painful and inflammatory musculoskeletal conditions, among others. However, NSAID use is associated with several risks including GI, renal and cardiovascular complications, including heart failure and myocardial infarction.

'We were pleased to note that both NSAID-associated GI complications and death have been decreasing since 1992, which we believe can be attributed to several factors: use of lower-dose NSAIDs; decreasing prevalence of H. pylori; increasing use of proton-pump inhibitors; and the introduction of NSAIDs with greater GI safety, such as coxibs,' said Dr. Wilcox. "However, healthcare providers and patients need to be aware of the risks associated with these drugs to develop the best plan for using NSAID therapy.'

The panel developed the following recommendations for healthcare providers to use when determining whether to prescribe NSAID treatment to their patients: Review the treatment indication and potential patient risk factors, both for GI and cardiovascular complications, and discuss potential cardiovascular risk factor modifications with their patients.

Limit the duration and dosage of the prescribed NSAID and ask about and advise their patients on combination NSAID therapy. Treat patients with H. pylori infection prior to beginning NSAID therapy so as not to increase the risk of complicated ulcers.

Institute gastroprotection methods, such as misoprostol or proton pump inhibitors (PPIs), for patients at high-risk of GI complications.

"The association of NSAID use with lower-GI tract complications is important diagnostically and therapeutically," explained Dr. Wilcox. "A better understanding of risk factors for and mechanisms of lower-GI tract bleeding in NSAID users will be required to address risk reduction."

All agents discussed during the consensus conference were nonsteroidal, inhibit inflammation, and thus are technically considered NSAIDs. Nonselective NSAIDs include ibuprofen, etodolac and nabumetone, which may have superior GI safety than other nsNSAIDs, such as sulindac, indomethacin, piroxicam and ketorolac. Coxibs are selective NSAIDs. In standard doses, acetaminophen is not an NSAID.

The AGA Institute panel was comprised of physicians in gastroenterology, rheumatology, cardiology and internal medicine who developed the statement based on presentations of current scientific knowledge followed by group discussion.

The AGA Institute "Consensus Development Conference on the Use of Nonsteroidal Anti-Inflammatory Agents" was supported though an unrestricted educational grant from TAP Pharmaceutical Products Inc. Financial disclosures for conference participants are included in the manuscript at www.cghjournal.org. 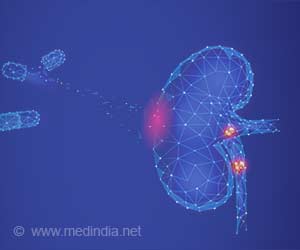 Drugs for Kidney Stones
Drugs for kidney stones are used to treat the symptoms of the condition and to prevent new stones from forming.
READ MORE