The American Dental Association (ADA) reported that serious damage of oral health can be caused by Methamphetamine, a strong addictive drug. This drug harms the ability of chewing.

The 2004 National Survey on Drug Use and Health reports that over 12 million Americans have used methamphetamine, also called meth, crank, crystal and speed, which can be swallowed, injected, snorted or smoked. Most of the users are of the age range 18-34 years.

"Meth" users can go from having healthy teeth to extremely sensitive teeth and eventual tooth loss in about a year, warns the ADA. This condition is often called "meth mouth."

Dr. Brandjord explains, "The extensive tooth decay of meth mouth is attributed to the drug's dry-mouth effect and its propensity to cause cravings for high-calorie carbonated beverages, tooth grinding and clenching, and extended periods of poor oral hygiene."

"Very few people understand the broad dangers methamphetamine poses to the public health of our communities in addition to meth users themselves," says Stephen Pasierb, president and CEO, The Partnership for a Drug-Free America. "The ADA's warning should serve as a wake-up call to those who use this insidious drug as well as family and friends who are witness to this behavior, but not powerless to intervene and get the user the help they need. There is no safe level of meth use, but treatment and recovery are possible."

In an effort to highlight this condition, the ADA has posted educational materials on its Web site www.ada.org for both dentists and patients and recently distributed a video news release with The Partnership for a Drug-Free America at http://www.drugfree.org/meth.

Benefits of Coconut Oil Pulling
Oil pulling is a type of oral therapy that cleanses the oral cavity by expelling toxins. This is an ancient remedy for many oral problems.
READ MORE 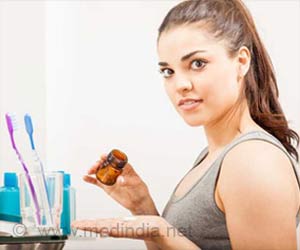 Side Effects of Drugs that Affect Your Teeth and Gums
Medications can affect oral health. Some drug-induced adverse effects are tooth decay, and swelling of gums. The dentist must diagnose and treat the conditions on a case-by-case basis.
READ MORE