Treatment of SARS Still a Mystery

A new study commissioned by the World Health Organization has suggested that doctors are still clueless as to what, if any, treatments may work against SARS in the event of the return of the dreaded disease.

Some 70 studies that was conducted during and after the 2003 outbreak that killed 44 people in Toronto did not find much evidence of any treatments employed that had any effect on the virus, showing that some could have caused more harm than good, says the paper, published today in the online journal PLoS Medicine.


However Lauren Stockman, the study's lead author, says the poor quality of the available studies rather than the potential effectiveness of the tried treatments which make it difficult to pass judgment on proper medical options for SARS.


According to Stockman, an epidemiologist at Atlanta's Centers for Disease Control and Prevention, the kinds of structured treatment procedures needed to make a proper, comparative research was absent during the crisis because of the disease's chaotic onset.

She said, "The studies were not done in a way that doctors could attribute a patient's recovery to the treatment that was used. Through no fault of the physicians that were treating the patients  it was a trying time with much uncertainty  the way the studies were conducted made it impossible to determine whether or not any treatment was clearly effective."

SARS, or severe acute respiratory syndrome, infected some 8,000 people worldwide, killing 774 over the course of several months in 2003. Toronto was hit with two waves, infecting 375 people and killing 44.

The study conducted looked at the effectiveness of antiviral drugs, steroids and immune agents most commonly prescribed to SARS patients. None of the studies showed conclusive evidence the treatments worked. In fact four studies which examined the use of steroids  thought to decrease swelling in the lungs  said those drugs might have caused harm.

Some laboratory studies of antiviral drugs such as ribavirin, ritonavir and lopinavir showed they could slow down virus multiplication rate. However results were inconclusive in most of the studies where patients received the drugs.

The study says, "The SARS virus set alarm bells ringing across the world when it first appeared. But now a major review of the effectiveness of the treatments used against it has found no evidence that any of them worked."

Health experts praise the control and prevention practices tested in places like Toronto saying that the world would be far better prepared for a return of SARS, or a similar viral outbreak if such precautions were undertaken.

According to a report in the New England Journal of Medicine Toronto public health officials made important discoveries about controlling the disease, noting they were successful in containing infections to hospital settings after the first outbreak. 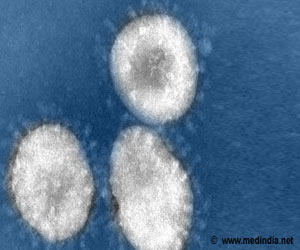