The American Academy of Pediatrics issued a report on Sept.5, according to which, milk products should not be avoided by lactose-intolerant kids. Instead, they should consume as much as they can stomach.

" It is better for children to suffer the intestinal symptoms of lactose intolerance from time to time than to not get enough dietary calcium," said Melvin B. Heyman, M.D., M.P.H, of the University of California San Francisco, the report's principal author who wrote for the academy's committee on nutrition.


"Although the academy has never recommended that lactose-intolerant kids should avoid milk products, there is a perception among pediatricians that this is a correct course of action", he said. "Doctors often suggest milk avoidance to control intestinal symptoms", he added.

"Treatment of lactose intolerance by elimination of milk and other dairy products is not usually necessary given newer approaches to lactose intolerance, including the use of partially digested products (such as yogurts, cheeses, products containing Lactobacillus acidophilus, and pretreated milks," Dr. Heyman and colleagues wrote in the September issue of Pediatrics.

"Evidence that avoidance of dairy products may lead to inadequate calcium intake and consequent suboptimal bone mineralization makes these important as alternatives to milk. Dairy products remain principal sources of protein and other nutrients that are essential for growth in children." Children "with primary lactose intolerance have varying degrees of lactose deficiency and, correspondingly, often tolerate varying amounts of dietary lactose," they wrote.

"Lactose intolerant children (and their parents) should realize that ingestion of dairy products resulting in symptoms generally leads to transient symptoms without causing harm to the gastrointestinal tract," they added.

Lactose-intolerant kids should include more dairy products in their diet by these recommended ways: · Drink lactose-free and lactose reduced milk. It is more expensive than regular milk, but some stores sell less-expensive products under their own brand names. · Consume small amounts of dairy products spaced throughout the day. "Some children are able to drink one to two glasses of milk each day without difficulty," Dr. Heyman said. · Consume dairy products with other foods, as this often reduces symptoms. · Try yogurt, which is often better tolerated because the bacteria partially digest the lactose into glucose. · Try aged cheeses like cheddar and Swiss which have lower lactose content. · Use oral lactase replacement capsules or dairy products supplemented with lactase.

According to the report, lactase deficiency was found in more than 70% of the world's population. But, this deficiency is excessively found in Asians and Native Americans (almost 100%), Hispanics (80%), blacks (60% to 80%) and Ashkenazi Jews (60% to 80%). Whereas, only 2 % of the European population is affected by this condition.

Dietary removal of lactose and testing can be used to diagnose lactose intolerance. Fecal pH and hydrogen breath testing are some of the more formal testing. Due to high rates of inaccuracy, the lactose tolerance test should not be used, according to the report.

A lactose-free diet is essential only when a kid just cannot tolerate any milk products. The daily recommended levels of calcium should be met by a good source included in the diet.

"Although it is logical to assume that a lactose free-diet places one at greater risk for low calcium intake and poor bone mineralization, the effects of lactose-free diets in childhood on long-term bone mineral content and risk of fractures remains to be clarified," the report said

According to the report, "In the future, genetic testing may identify those with lactose intolerance. Recent research has even suggested that gene-replacement therapies might someday be available for susceptible individuals". 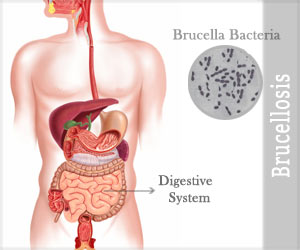