An article reporting results from a pivotal clinical trial that helped gain U.S. Food and Drug Administration approval for the first treatment for Hunter disease has been published online by the journal Genetics in Medicine.

Lead author is Dr. Joseph Muenzer, an associate professor in the Department of Pediatrics at the UNC School of Medicine. Muenzer led the Phase II/III clinical trial, which found that weekly infusions of idursulfase (recombinant human iduronate-2-sulfatase) are effective in treating the underlying enzyme deficiency in patients with Hunter syndrome.

Based on these results, the FDA on July 24 approved Elaprase, an idursulfase preparation manufactured by Shire Human Genetic Therapies Inc. of Cambridge, Mass.


"For the families of patients with Hunter syndrome, FDA approval of Elaprase gives them hope," Muenzer said. "Prior to this, they had no hope. These were children who were destined to die in their teenage years and early 20s. Now, they have a treatment that arrests or halts the disease process," Muenzer said.

Muenzer is recognized as one of the world's leading experts in Hunter syndrome research and the medical treatment of children with genetic lysosomal storage diseases such as Hunter syndrome.

In his laboratory at UNC, Muenzer created a mouse model for Hunter syndrome that was used in earlier research that demonstrated the potential effectiveness of Elaprase.

Hunter syndrome, known more formally as mucopolysaccharidosis type II or MPS II, is an extremely rare inherited enzyme disorder that occurs almost exclusively in males. People with Hunter syndrome lack the enzyme iduronate-2-sulfatase, which is essential for recycling complex carbohydrates such as glycosaminoglycans, or GAG. The accumulation of GAG in tissues and organs leads to severe problems that can include joint stiffness, breathing difficulties, heart problems, enlargement of the spleen and liver, coarsening of facial features and skeletal deformities, developmental delays and neurologic disease, and, ultimately, an early death. Muenzer estimates there are only about 500 people with Hunter syndrome in the United States.

"We're pleased that ELAPRASE, the first approved treatment for Hunter syndrome, is now on the market and available to patients," said David Pendergast, president of Shire Human Genetic Therapies. "Dr. Muenzer played a key role in the clinical trials of this drug, leading to successful FDA approval."

Sixteen-year-old Cody Paxton, who was the first patient enrolled in the Phase II/III trial at UNC Hospitals, says the weekly, 3-hour infusions of Elaprase have helped him tremendously since he started receiving them in September 2004.

"My breathing is better, and I'm more energetic," he said. Plus, Cody said, he has much more flexibility in his joints. Now he can place a hand behind his head, which he could not do before, he said.

Cody and his mother, Elena Paxton, moved to North Carolina from Mastic Beach, N.Y. so Cody could take part in the clinical trial. Cody's older brother, Christopher Dutcher, who is now 22 years old, was the first patient enrolled in the earlier Phase I/II trial at UNC Hospitals.

"His liver shrank within 3 months after Christopher started receiving the infusions," Elena Paxton said. "His air intake got better and he had more energy. Plus, Christopher has remained relatively healthy, instead of continuing to deteriorate," she said.

The treatment has worked so well for him that Christopher, who still lives in New York, was able to earn a college degree and will begin graduate school in the fall at Hofstra University, his mother said.

Muenzer's article reports that 96 Hunter syndrome patients between 5 and 31 years old were enrolled in the clinical trial. Some received placebo infusions, some received weekly infusions of Elaprase and some received Elaprase infusions every other week. At enrollment the distance each patient could walk within 6 minutes was recorded, along with their forced vital capacity, which is a measure of how much air they can breathe in and then blow back out.

Muenzer said anecdotal reports from the parents painted a more vivid picture of the improvement their children experienced.

"Before they began the infusions, these children typically could not walk through an airport or a mall without using a wheelchair. They would just get too tuckered out," he said. "Afterwards, in a lot of these families, the kids ran through the airport and now the parents could barely keep up." 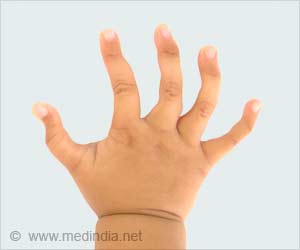 Hunter syndrome
Hunter Syndrome is a rare inherited disease in which the breakdown of sugars that build connective tissues is impaired due to the malfunctioning of an enzyme.
READ MORE