A secret inquiry into the death of an Indian-origin mother and her two children last year has revealed several official lapses in the way she was treated for mental illness.

Navjeet Sidhu, 27, had jumped in front of a train killing herself and her two children, Simran (5) and Aman Raj (23 months) at the Southall train station on Aug 30, 2005. She had been receiving treatment for depression when she killed herself.


The report into the deaths by the West London Health Trust has concluded that there were 11 areas where Sidhu's case "could have been managed differently".


It found that anti-depressants prescribed to Sidhu were changed repeatedly without explanation just a month before her death and there was a series of communication failures between doctors and social workers.

Sidhu, a former receptionist, had quit her job after marrying Indian-born post office worker Manjit. On that day, she told a railway worker at the station: "I'm taking my children to see the trains."

In February this year, Sidhu's mother, Satwant Kaur Sodhi, 56, committed a similar suicide by jumping in front of a train at the same spot. An inquest into all four deaths will take place next month.

Following the death of his wife and children, her husband, Manjit Sidhu was reported to have been severely depressed and is said to have returned to India.

Avtar Lit, who employed Navjeet Sidhu at his Southall radio station, Sunrise, told the Evening Standard: "Important lessons must be learned in a thorough investigation into their deaths. This young lady went to the professionals for help - the inquiry suggests that she was let down."

Himmat Singh Sohi, a family friend and president of Southall's Sikh gurdwara, told the tabloid: "When Asian people have depression, the authorities do not know how to give proper care as they do not understand the cultural pressures." 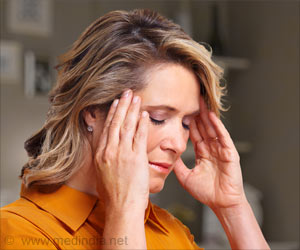