A new study shows that the consumption of just one meal high in saturated fat like a carrot cake and a milkshake could quickly prevent the 'good cholesterol', HDL, from protecting the body against clogged arteries.

The researchers had also explained that not only does the ability of high-density lipoproteins (HDLs), prevented, which is thought to be a main reason for vascular disease, it can also impair the ability of blood vessels to react in a normal way to stress.

Dr. David S. Celermajer from The Heart Research Institute in Sydney, Australia, said that by comparison, eating a meal that is high in polyunsaturated fat does not disturb the measures of vascular health. Dr. Celermajer and colleagues had written in the Journal of the American College of Cardiology, that they hoped that their findings would draw attention to newer ways in which different dietary fatty acids might influence key processes in the development of arteriosclerosis.


The researchers explained that they tested the effects of consuming a single high-fat meal, differing in fatty acid composition, with the ability of HDLs to restrain molecules, which could be associated with inflammation in large and small blood vessels. The group of 14 adult volunteers were asked to eat a meal with a 75% of polyunsaturated fat, and another identical meal, with the only difference being that it contained 89.6% saturated fats.

Acknowledging that his team was 'a little surprised' by the results of the study. He went on to explain that almost every one generally try and concentrate on the amount of the good cholesterol, but their study has shown that it is also the quality of the HDL, which is equally important for the determination of its ability to protect. Celermajer further mentioned that, "Most people also measure cholesterol and its fractions with people fasting -- but it seems that its quality after a meal (and most of us spend a lot of time in the post-absorptive state) may be important to consider too." 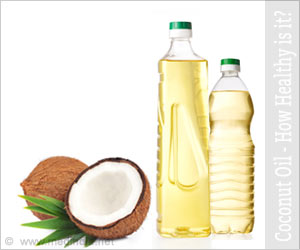