Uterine Cancer May be Clue to Inherited Syndrome

A new study suggests that women with endometrial cancer should be screened for inherited mutations that could lead to a high risk of several other cancers.

The study showed that 1.8 percent, or about one in 50, of newly diagnosed endometrial cancer patients have mutations for Lynch syndrome, an inherited condition also known as hereditary nonpolyposis colon cancer, or HNPCC.


People with Lynch syndrome mutations are at high risk for colon, endometrial, ovarian and gastric cancer. Endometrial, or uterine, cancer is the most common cancer in women with this condition.


The study is the first to comprehensively screen a large number of women with uterine cancer for Lynch syndrome mutations, said Heather Hampel, a genetic counselor in the clinical cancer genetics program and first author of the study.

"It's important to identify women with one of these mutations because they have a very high risk for developing colon cancer, and they may not be aware of that risk," said Hampel. "Because this is hereditary, half of her siblings and children may also be at risk for the syndrome.

"For this reason, the relatives of a person with Lynch syndrome should also be screened for the responsible gene mutation," said Hampel, a clinical assistant professor in the department of internal medicine.

This study involving 543 women was led by Albert de la Chapelle, co-leader of the OSUCCC Molecular Biology and Cancer Genetics Program. Participants in the study were diagnosed and treated for endometrial cancer at the three major hospital systems in Columbus, Ohio, between 1999 and 2003.

In addition, the researchers used another technique called immunohistochemistry, to prescreen the tumors for mutations. Follow-up gene testing performed on patients with abnormal immunohistochemistry results showed that one additional woman with an MSI-negative tumor also had a Lynch syndrome mutation.

Of the 10 Lynch syndrome patients, seven did not meet the usual criteria for diagnosing the hereditary condition. That diagnosis is largely based on family history and age. Ordinarily, these seven cases would have gone undiagnosed.

The study is the continuation of an Ohio State colon cancer study also led by de la Chapelle that was published in the New England Journal of Medicine in 2005. In that study, 2.2 percent of newly diagnosed colon cancer patients tested positive for Lynch syndrome.

"We think such genetic testing should be nationwide on all colon cancer and endometrial cancer patients, but further cost-benefit analysis and study is needed first," Hampel said. "Screening for Lynch syndrome can save lives."

Choriocarcinoma in Females
Choriocarcinoma is a rare uterine cancer following pregnancy. The tumor arises in the trophoblast cells lining the embryo. Vaginal bleeding is a common symptom.
READ MORE 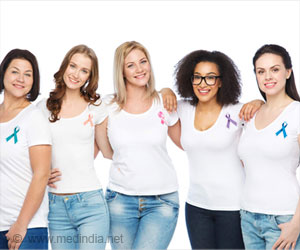