According to a research conducted by researchers at the Mayo Clinic it was found that surgical robot assisted laparoscopic surgery for vaginal vault prolapses was very effective when compared to the conventional open surgery.

This surgery is mainly done to prevent the collapse of the vagina after a hysterectomy. The results of the surgery will be published in the Journal of Urology. In the United States, one out of nine women will undergo hysterectomy, a surgery to remove all or parts of the uterus.

Ten percent of these will develop vaginal vault prolapse. "After hysterectomy, there's a lack of support for the vagina as you remove the ligaments, and the vagina can fall down," says Daniel Elliott, M.D., Mayo Clinic urologist and lead study investigator. "To imagine this, it helps to think of the vagina like a tube sock that's inverted out. For some women, the vagina can come completely out -- like three to five inches."This problem can be devastating both physically and socially," he says. "Sometimes the patients can hardly walk."The new laparoscopic surgery has advantages over the traditional repair, open sacrocolpopexy, according to Dr. Elliott. These include:  Less overall recovery time  An overnight hospital stay only, rather than two to four days  Potentially lower risk of post-surgery bleeding  Markedly less pain, where 50 percent of patients go home taking only over-the-counter pain relievers  Women who may not tolerate the open procedure due to health issues may be candidates for this surgery.


"My prediction is, with enough time and training, the robot-assisted, laparoscopic surgery will be the main procedure done in the future for women with major vaginal vault prolapse," says Dr. Elliott. The surgery is not widely available at present, due to the small number of surgeons trained in the procedure and the amount of equipment needed for surgeons to make the technique available. In order for the laparoscopic method to replace the standard repair, more surgeons need to be trained to perform it and researchers need more information about how durable and effective the repair is years after the surgery, according to Dr. Elliott. To conduct this study, the researchers followed 30 patients undergoing robotic-assisted laparoscopic repair for post-hysterectomy vaginal vault prolapse. This technique involves a robot to speed up the process and to simplify its technically difficult aspects, such as the wrist strain involved in tying a large number of knots. The investigators analyzed the results of the surgery for 21 of the women who were 12 or more months post-surgery.

The average follow-up time for the patients involved was 24 months, with a range of 12 to 26 months post-surgery. The average age was 67, with an age range of 47 to 83, and average time in surgery was 3.1 hours. All but one patient went home the day after surgery, and one left the hospital two days after surgery. All patients went home taking oral pain medications, and 10 indicated they only needed over-the-counter pain medications upon leaving the hospital. One patient experienced recurrence of her vaginal vault prolapse, and another developed a recurrent grade 3 rectocele, in which the rectum protrudes into the vagina. All patients indicated they were satisfied with the outcomes of their surgeries. As duration of the repair is critical to its long-term success and patient satisfaction, according to Dr. Elliott, this study measured the results one year after the surgery. Patients in the study also will be assessed for success of the repair again at five years post-surgery in order to measure even longer duration of the repair. 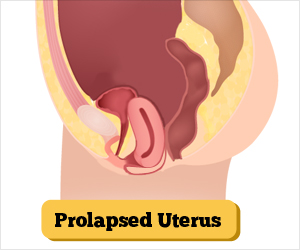