A National research that was conducted in Scotland has found that the children in the poorer communities are twice as likely to suffer from tooth decay.

The research that was conducted by the National Dental Inspection Programme 2005 has shown that 64% of children in the most deprived areas had decay in permanent teeth by primary age of seven as compared to only 30% of children in wealthier parts of the country.

The first comprehensive study of the primary group around the seven-year age group examined 10,794 children across Scotland, excluding the Western Isles, during the school year 2004 to 2005. The British Dental Association (BDA) had called on a campaign to target greater resources and information at poorer communities, based on the findings of the study.


Dr Andrew Lamb, the director of the British Dental Association for Scotland, said, "I think what is required is an education programme to encourage those parents who are currently not seeking dental advice for their children to seek dental advice." He also argued that it would be essential for the addition of fluoride in the drinking water in deprived communities. It was reported that In Birmingham, where fluoridation has been adopted, only around one in five of the 11-year-olds have tooth decay.

The study had found that children in primary ages of seven have on average 2.73 teeth which are decayed, missing or filled and 47% of them present themselves with obvious signs of decay in their permanent or secondary teeth. It was explained that the overall proportion of children in the primary ages of seven with no obvious tooth decay is around 53%. The Scottish Executive had earlier set a target of 60% for 2010 and it was reported that 6 of the 14 health boards that were surveyed have already reached or exceeded the target.

Dr Lamb said, "We do know one of the simplest and most efficient and cost-effective ways of improving oral health in children would be to put fluoride in the water. The BDA's policy is to support water fluoridation, which is targeted at communities which are most in need of it, but following consultation with the community." He further mentioned, "It is well known that there is a shortage of dentists in Scotland and many are unable to access dental care because of it. The association has long called for a tripling of investment in dentistry."

Christine Grahame MSP, SNP social justice spokeswoman, endorsing the need for a campaign as stated by the BDA said, "The figures indicate a clear gap between rich and poor when it comes to oral health and we require a dedicated campaign not only in terms of more preventative information but backed up with real resources."

Martyn Merrett, the chairman of the Scottish Dental Epidemiological coordinating Committee, and one of the authors of the report said, "The report shows that a large amount of dental disease is concentrated in a small number of children and we need to concentrate our efforts to help improve their dental health."

Lewis Macdonald, Deputy Health Minister, said the overall figures were 'encouraging'. Also referring to the executive's free toothpaste and toothbrushes for children under 12 months and free fruit and water for children of the primary ages of one and two children said, "We believe that these measures will mean that a child born in Scotland today will have a brighter future for oral health than any previous generation." 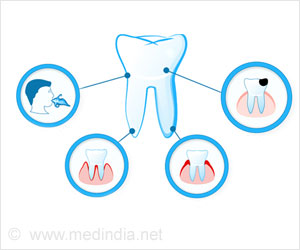