University of Michigan researchers have been able to zero in (on) the modalities of a drug, capable of rectifying autoimmune disorders and other types of diseases. Clinical trials on animal models have revealed the capacity of the drug to reduce the potency of a key enzyme, in charge of energy production.

'Many drugs block the function of enzymes, essentially turning them off,' said Gary Glick, who is the Werner E. Bachmann Collegiate Professor of Chemistry at U-M. 'Our compound works more like a volume control, so we're able to dial enzyme activity down to a level that maintains normal function while simultaneously allowing for initiation of a process that selectively kills or disables disease-causing cells.'


Glick and collaborators published their findings in the June 16 issue of ACS Chemical Biology.


The drug, discovered by Glick and coworkers and called benzodiazepine-423 (Bz-423), is a chemical cousin of anti-anxiety medications such as Valium and Xanax. In previous work, Glick's group showed that Bz-423 reduces effects of arthritis and the autoimmune disease lupus in mice and may be useful in treating psoriasis. Unlike conventional drugs for these conditions, which can't discriminate between healthy and disease-causing cells, Bz-423 is highly selective, homing in on disease-causing cells.

In an attempt to better exploit its therapeutic properties, the researchers have been studying the details of Bz-423's activity. They learned that the compound targets an enzyme inside mitochondria, the energy factories of cells. The specific enzyme, F1F0-ATPase, is responsible for producing most of the cell's ATP. That's a critical role because ATP, often referred to as the cell's energy currency, is the molecule that captures chemical energy from food and transfers it to energy-demanding processes, such as muscle contraction and the transmission of nerve signals.

'People had proposed in the past that if you could inhibit this enzyme, there might be therapeutic potential. But the problem is, if you inhibit the enzyme in the way most powerful drugs do, turning it off, you deplete the cell of ATP, and that's fatal,' Glick said. 'Our new work reveals the mechanism by which Bz-423 inhibits the enzyme while still allowing it to function. This is important because it suggests principles that may be useful for targeting other bioenergetic pathways. Now we have some rules that we can apply to be able to modulate the mitochondria in new ways that could be therapeutic.'

Ultimately, the findings may have applications not only for lupus, arthritis and psoriasis, but also for other conditions, Glick believes. 'There are other diseases - certain cancers and a number of other immune diseases - where we think the way the cells make and utilize energy is fundamental to the disease process. Combining that knowledge with our new knowledge of how to regulate the energy of the cell could open up new avenues for treating disease and monitoring the effectiveness of treatment.'

Glick collaborated on the research with Carol Fierke, who is the Jerome and Isabella Karle Collegiate Professor of Chemistry; Anthony Opipari, Jr., associate professor of obstetrics and gynecology; graduate student Kathryn Johnson and postdoctoral fellow Joanne Cleary. The researchers received funding from the National Institutes of Health. 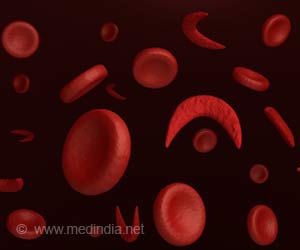 Pernicious Anemia
Pernicious anemia occurs when the number of red blood cells in the body is reduced because the intestines cannot properly absorb vitamin B12.
READ MORE