Researchers from the University of Oxford have claimed that their study that involved 172 children, has showed, whooping cough to still be very widespread among young children.

Bordatella Pertussis, a bacterium causes whooping cough, which is also known as 'Pertussis'. This bacterial infection was once a serious killer with reports of almost 100,000 cases a year, before the vaccine was introduced in the 1950s. The immunization for the children against the disease is given as babies and before school. The research team in their study that was reported in the British Medical Journal cautioned that the GP's should consider the diagnosis of whooping cough even in fully immunised children.

Reports have indicated that the number of cases of whooping cough has fallen significantly over the past 20 years. But last years statistics from the Health Protection Agency show an increase in the number of younger children who were diagnosed with the condition. Figures show that in 2004, there were 237 cases among children aged four and under, with the numbers having raised to 289 in 2005.


It was explained that there was no life-long immunity against the infection with the Pertussis vaccine. Researchers explained that GP's now-a days are tending to view the condition as only affecting very young children who have not been immunised and who have classic features such as whoop.

The researchers had conducted their study on 172 children between ages 5 to 16 years who visited their family doctor with a cough that had lasted at least 14 days. Researchers recorded the length of time that they had been affected by the cough, and its severity, they also checked the child's immunisation records. Blood samples were taken to test for Pertussis infection and the parents and children were asked to make a diary on the history of heir cough.

The researchers found that 64 (37.2%) of the children had verified a recent Pertussis infection, and that 55 (85.9%) of them had been fully immunised. They explained that children with Pertussis were highly likely than others to have whooping, vomiting, and sputum production. They further explained that it was very likely that they might be still coughing almost two months after the start of their illness, or continue to have more than five coughing episodes per day, which causes sleep disturbance for their parents.

Dr Anthony Harnden, an Oxford University lecturer and GP in Oxfordshire, who led the research, explained that the vaccination policy did work. He said, "The immunisation is very effective - we know that because very few infants die of whooping cough. But what the immunisation does not do is last for a long time." He also added, "Our main message is that doctors should consider a diagnosis of whooping cough even in a fully immunised child."

Dr Hardman said, "There's a debate about whether we should introduce an adolescent booster, but that could push it upwards into the parent population, which has its own set of problems. That's the dilemma." Meanwhile a spokesman for the Health Protection Agency said, "We're fully aware that protection from the vaccine wears off. But it's very good at protecting young babies, and they're the ones who can die from whooping cough. So we've built the whole vaccination programme is built around them."

Dr Graham Archard, vice chairman of the Royal College of General Practitioners, said that it would be irrational to suggest that GPs have been performing at a lower standard that patients may expect. He said, "Making a diagnosis of whooping cough necessitates uncomfortable blood tests which are usually avoided in young children unless there is clear benefit in undertaking the blood test. This new evidence asks many questions of how GPs and other clinicians should be expected to deal with the huge number of children presenting with coughs, of which 40% may have whooping cough."

A Spokeswoman from the Department of Health stressing on the importance for the children to receive all their childhood vaccines, said, "The vaccine is very effective, especially in protecting against severe disease." 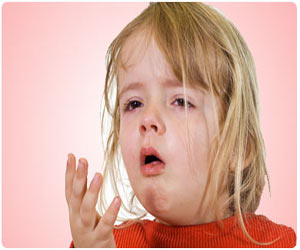