"We have already set up a 5,000 sq ft laboratory at Jumeirah in Dubai and are now looking at setting up a much bigger laboratory as in Mumbai. This state-of-the-art laboratory will be a referral hub for the Middle East," said Metropolis Health Services managing director G.S.K. Velu.


"The hub will offer a range of services like genetic mapping, molecular biology and HLA (Histocompatibility Antigens) and tissue typing and other tests that are currently sent from the UAE to European countries for diagnosis and take a lot of time," Velu told IANS.

"We plan to do about 90 percent of the tests in Dubai and the remaining in Mumbai," he added.

Operating a chain of diagnostics centres - 18 laboratories and 250 sample collection centres - across the country, Metropolis has several major hubs, including in Mumbai, Delhi and Noida that offer pathology, radiology and wellness services.

It is the only laboratory in Chennai accredited by the US Consulate for H1 visa screening.

With ICICI Venture having recently picked up a minority equity in the company for Rs.350 million, Metropolis is planning to invest Rs.1 billion over the next two years to expand its operations within and outside the country to raise its revenue from Rs.750 million currently to over Rs.5 billion by 2010.

"That is the time when we may possibly look at going public (make an initial public offering)," said Velu.

The Mumbai-headquartered company's overseas plans include more management contracts. It has already firmed up plans to provide services through laboratories to be set up in five new hospitals being planned by the Al Ghurair group in the UAE.

"We are bullish about prospects in the Middle East and Africa, and are in talks with hospitals in South Africa. We are also studying several opportunities in Britain, including through acquisition of a lab chain."

The company began its overseas foray in January in a tie-up with the Nawaloka Group of Sri Lanka. It is now operating the Nawaloka Metropolis Laboratories through a presence in the Nawaloka hospital and medical centres.

It is also in the process of finalising management contracts for hospital laboratories in Kuwait and Bahrain, while talks are in progress with more hospitals in the UAE and other Middle East countries.

Diversifying its operations, Metropolis is getting into the area of clinical trials as site managers for pharmaceutical companies.

Declining to elaborate on the firm's involvement in clinical trials, Velu said they are one of the focus areas of the company, which has a considerable presence in the southern states and is now looking at expansion of facilities in the north through another radiology, pathology and wellness hub in Gurgaon by September. 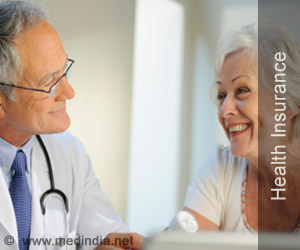