Women opt for liposuction to retain their beauty

In cosmetic surgery, most people want reduction of fat in abdomen, hip and upper thighs through liposuction which involves a procedure wherein the body fat is converted to a liquid and is sucked out.

Liposuction is one of the most popular cosmetic surgery in which special instruments and technique are used to liquefy the fat and suck it out. Very small incision is put near the fatty areas. Since it is practically non-invasive it is also known as key-hole surgery.


A patient who gets admitted in the hospital in the morning can be discharged in the evening and from the very next day he can perform almost all his routine works, Dr Parekh said.


While the percentage of men and women going in for face cosmetic surgery is more or less same, in case of liposuction the ratio of famale is much more than males.

"This is because the fat content usually is more in the females as compared to the males," he added.

Among the youngsters, the cosmetic surgery they want is removal of fat from thighs, buttocks and flanks of abdomen.

This is because they want to have shapely buttocks so they can wear jeans, the doctor added.

Several Non Resident Indians, who have relatives in Gujarat, prefer to get cosmetic surgery done here because the cost here is much less than in other countries. People from the United Kingdom, the USA and the Middle East come to Ahmedabad for plastic surgery. 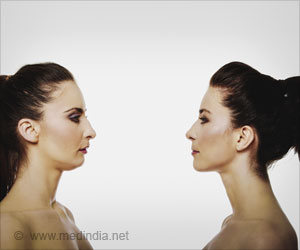