Recent studies of long-term clinical data has revealed that treatment with pyrimethamine and sulfadiazine (two anti-parasitic drugs) during the first year of life leads to a lasting reduction in brain and eye damage for children with congenital toxoplasmosis.

In the May 15 issue of the journal Clinical Infectious Disease, researchers report that a treatment they defined -- now considered the standard of care because it improves early outcomes -- resulted in normal longer-term neurologic outcomes for all patients born with the infection who did not already have severe brain involvement.


Even for many patients born with moderate or severe neurologic disease, the treatment was able to resolve symptoms within a few weeks. Seventy-two percent of those patients had normal long-term cognitive outcomes.


By demonstrating the benefits of diagnosing and treating the infection, these findings have renewed the call for comprehensive screening for this acute parasitic infection in pregnant women and newborns.

'We now know that we can improve longer-term outcomes if we treat the acute infection early,' said study author Rima McLeod, M.D., professor of infectious diseases and medical director of the Toxoplasmosis Center at the University of Chicago, 'but to treat it early we have to detect it early and we know we are missing many infants who would benefit.'

According to the Centers for Disease Control and Prevention, approximately 85 percent of women of childbearing age in the United States are at risk of acquiring the infection for the first time during gestation and transmitting the infection to their fetus. The Toxoplasma gondii parasite infects humans through undercooked, infected meat; through T. gondii oocysts found in cat litter; or when a newly infected pregnant woman transmits the parasite to her fetus.

Most people have no recognized symptoms. The immune system usually keeps the parasite from causing acute illness. If the infection is acquired for the first time while a woman is pregnant, however, it can cause serious problems for the fetus, including severe eye and brain damage.

The National Collaborative Chicago-Based Congenital Toxoplasmosis Study followed 120 infants from the United States and Canada who had been diagnosed with toxoplasmosis soon after birth and were referred, between 1981 and 2004, for treatment and periodic evaluation by the study team. Eighty percent of these infants (96/120) had clinical abnormalities at birth, often severe.

Patients were treated with pyrimethamine at one of two different dose levels and sulfadiazine for one year and then followed periodically. Follow-up evaluations assessed neurologic status, including movement abnormalities and cognitive function, vision, including the development of new lesions in the eye, and hearing loss.

The authors emphasize that the median age of these children is about 10 years and longer follow up into adulthood is needed to determine whether these current favorable outcomes are sustained.

Almost all of the outcomes were markedly better than the previously reported outcomes for children who were either untreated or treated for only one month, which was the usual approach at the beginning of the study.

Of the 96 children in this study who had severe disease at birth, 47 have been in the study for at least 7.5 years. Eighty percent of the children with severe disease now have normal motor function; 73 percent have IQs greater than 70; 84 percent have had no decrease in IQ of 15 points between evaluations. (Such a decrease is a sign of a progressing infection.)

Although most of these patients had eye disease at the beginning of the study and 85 percent have some impairment of vision, 64 percent have had no new retinal lesions since beginning treatment.

Unfortunately 11 of the 96 severely affected infants died, nine of them from respiratory infections associated with their disability. None of the deaths were related to treatment.

Of the 24 children who had no, mild or moderate symptoms at birth, 11 have already reached the age of 7.5 years. All 24 have normal motor and cognitive function and hearing. One child older than 7.5 years had a 15-point IQ decrease between evaluations. One developed a new retinal lesion.

'The majority of the children in our cohort are entering adolescence without experiencing recurrent eye lesions or seizures and with normal cognitive and motor function,' the authors wrote. This congenital infection, they added, is 'preventable and treatable.'

'Prior studies had shown that untreated children or children who received a short course of therapy (1 month) did poorly,' noted Kami Kim, M.D., professor of infectious diseases and medicine at Albert Einstein College of Medicine, in a commentary in the journal. In this present study, 'children with severe disease had a remarkably better outcome.'

This promising result provides 'compelling evidence' for prolonged treatment, she said. Because such treatment improves outcome, 'it may be time to consider a more comprehensive plan for neonatal screening for congenital toxoplasmosis.' 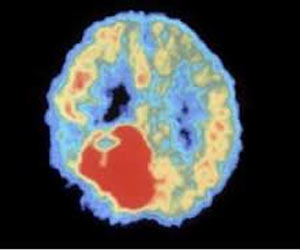