Egypt's Muslim religious hierarchy issued a decree on the state MENA news agency on Tuesday outlawing female circumcision as un-Islamic as the authorities prepared to submit a total ban to parliament. 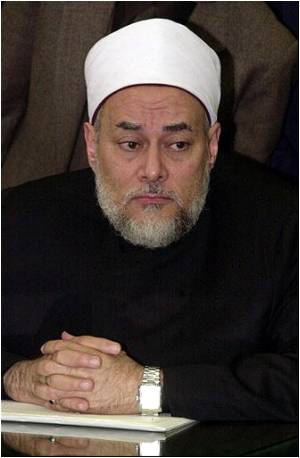 "The traditional form of excision is a practice totally banned by Islam because of the compelling evidence of the extensive damage it causes to women's bodies and minds," said the decree issued by the office of the mufti, Sheikh Ali Gomaa.

The Egyptian government announced plans on Thursday to impose a total ban on female circumcision, the widely-practised removal of the clitoris, but the draft law still faces a tough debate in parliament before it is passed.

Officially the practice, which affects both Muslim and Christian women in Egypt and goes back to the time of the pharaohs, was banned in 1997 but doctors were allowed to operate "in exceptional cases."

Health Minister Hatem al-Gabali has no decided to ban every doctor and member of the medical profession, in public or private establishments, from carrying out a clitoridectomy, a ministry spokesman told AFP on Thursday.

Any circumcision "will be viewed as a violation of the law and all contraventions will be punished," said the official, adding that it was a "permanent ban".

A government survey in 2000 said the practice was carried out on 97 percent of the country's women aged between 15 and 45 years of age.

In the latest fatality, 12-year-old Bedur Ahmed Shaker was taken by her mother to a private clinic in Minya, a town on the Nile south of Cairo, for the operation. She died before she could be transferred to hospital.