Viagra: No Help Against Heart Failure 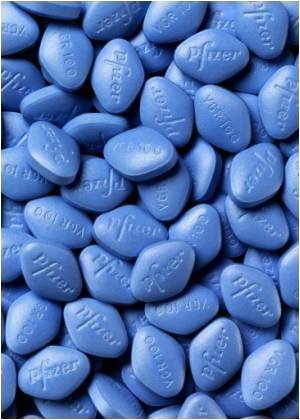 Viagra - the erectile dysfunction drug is no help against heart failure and should not be taken for it, reveals study.

Some early research had suggested the drug, which can increase blood flow to other parts of the body, might offer a benefit to people with diastolic heart failure in which the heart's lower chambers stiffen and cannot pump blood well, causing shortness of breath.


But the randomized study of 216 patients at 26 sites in North America showed that the drug, known as sildenafil, was no better than a placebo at improving exercise capability or clinical symptoms of heart disease.


Also, more patients taking the drug experienced serious adverse events than those who were given a placebo, leading researchers to urge doctors to stop prescribing it as an off-label treatment for people with heart disease.

"The results of our study were surprising and disappointing," said the study's lead author Margaret Redfield, professor of medicine at the Mayo Clinic in Rochester, Minnesota.

"There was a lot of anticipation around this study based on other research, and we were hoping to find something that would help these patients, as there are currently few options for treatment."

The median age of the patients studied was 69, and nearly half (48 percent) were women. The patients were tested for cardiovascular improvements after 24 weeks, but none could be seen.

During the study period, adverse events such as flushing and low blood pressure occurred more often in patients on sildenafil than in those on the placebo.

Also, six people in sildenafil group died before the end of the study, while there were no deaths in the placebo section.

The research was released at the American College of Cardiology's annual meeting in San Francisco and was published simultaneously in the Journal of the American Medical Association.

"There were more (but not significantly more) patients who withdrew consent, died, or were too ill to perform the cardiopulmonary exercise test in the sildenafil treatment group, potentially accentuating the lack of benefit observed," said the JAMA paper.

Sildenafil and other drugs like it -- known as phosphodiesterase-5 (PDE-5) inhibitors -- are used to treat erectile dysfunction and high blood pressure in the arteries of the lungs, but are not labeled for heart failure.

However, some clinicians may be prescribing them for their heart failure patients because some smaller studies on humans and preliminary animal studies had suggested a benefit.

The latest study results "should discourage this practice, particularly considering the high cost of the drug," Redfield said in a statement.

Viagra as Weight Loss Drug
Viagra was found to bust the unseemly fat around the abdomen besides lowering risk of other obesity ...

Pfizer Loses Viagra Patent in Canada
Canada's Supreme Court has canceled Pfizer's patent for Viagra as the company was not able to ......