Veterans, Civilian Patients at Risk of ICU-Related PTSD For a Year Post Discharge 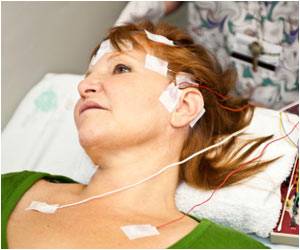 Post traumatic stress disorder (PTSD) is a condition of persistent mental and emotional stress occurring due to injury or psychological shock. One in 10 patients is at risk of having new PTSD related to their ICU experience up to a year post-discharge. This was the finding from a multicenter, prospective cohort research study of veterans and civilians. The research was published online ahead of print in the American Thoracic Society's American Journal of Respiratory and Critical Care Medicine.

Post Traumatic Stress Disorder (PTSD), is a mental condition triggered by a traumatic event. PTSD treatment includes pyschotherapy, behavior therapy and medications.
Advertisement
‘One in 10 patients, is at risk of having new post traumatic stress disorder related to their ICU experience up to a year post-discharge.’
Tweet it Now

In the study 'Incidence and Risk Factors for ICU-related Posttraumatic Stress Disorder in Veterans and Civilians', researchers led by Dr. Mayur Patel, Assistant Professor of Surgery & Neurosurgery at Vanderbilt University Medical Center and Staff Surgeon and Surgical Intensivist at the Nashville VA Medical Center, analyze data from a cohort of medical and surgical ICU survivors enrolled in studies from three Veterans Affairs hospitals (MIND-ICU Study, NCT00400062) and one civilian hospital (BRAIN-ICU Study, NCT00392795). Using the PTSD Checklist for the DSM-IV to determine PTSD for this study, among PTSD measurements listed by the U.S. Department of Veteran Affairs' National Center for PTSD, a total of 181 patients were assessed at three months and 160 were further assessed at 12 months.


The cumulative incidence of PTSD was 6-12% within one year following hospitalization. Dr. Patel said, "Although lower than prior research and public perception suggests, the rate of ICU-related PTSD is very comparable to the 8% PTSD rates seen in current and former service members deployed to the recent Iraq and Afghanistan conflicts. It is important to understand more about PTSD following the traumatizing events of a critical illness so we can better support the growing number of ICU survivors."

Compared to what the Veterans Health Administration and Defense Department make available, treatment resources for non-veterans are much less cohesive and helpful.
Advertisement
PTSD can occur in patients after the traumatizing events of critical illness, and this study provides estimates on new cases of PTSD stemming specifically from the ICU experience. Pre-existing PTSD has rarely been systematically assessed in prior cohorts, and this study took extra effort to distinguish pre-existing PTSD from new PTSD cases. Civilian populations have dominated the literature of PTSD after critical illness, and this study is the first to also include the expanding and aging Veteran population.

"Currently, the international psychological aftercare for ICU survivors is not organized proactively; rather, it is largely reactive in response to disabling reports from survivors, caregivers, and primary care providers. The Institute of Medicine in the United States has recommended a systematic collection, analysis, and dissemination of data assessing the quality of post-conflict PTSD care in the military and veteran populations. We suggest that the same should apply to the large civilian and veteran populations of critically ill survivors," the authors advised.

Mass shootings in US are weighing ever more heavily on Americans, with signs of post-traumatic stress spreading far beyond the circle of survivors and loved ones.
Advertisement