Venezuelan Inmates Open Their Own Nightclub 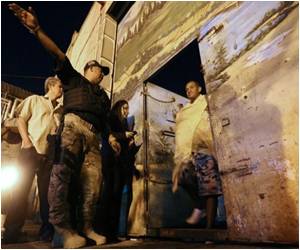 A newspaper has reported that Venezuelan inmates have opened their own nightclub and hosted friends and family at an inaugural bash complete with strippers and a light and sound show.

The late-night party highlighted the plight of the crime-ridden country's overcrowded penal system, where criminals often use bribery and intimidation to exercise virtual control over the facilities built to incarcerate them.

The so-called "Yacht Club" at a prison on Margarita Island in the Caribbean boasts "professional sound, spectacular lights, air conditioning, strippers, bad girls and all the toys," the inmates wrote in an invitation to their opening night gig, according to the El Universel newspaper.


The party was attended by friends and relatives of the detainees, who publicized it through messages on social media, the newspaper reported.

It quoted sources in the Ministry of Corrections -- which has not yet commented publicly on the incident -- as saying the party lasted from Thursday night until the early morning hours on Friday.
Advertisement
Venezuela has one of the highest crime rates in the world, and its prisons are plagued by overcrowding and violence that has claimed the lives of nearly 600 inmates in 2012 alone.