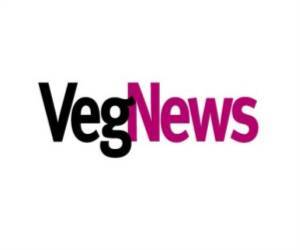 A US vegetarian magazine has defended its use of pictures of meat to illustrate vegan dishes as a necessity brought about by cooking up a publication on a tight budget.

"Yes, from time to time, after exhausting all options, we have resorted to using stock photography that may or may not be vegan," VegNews, which claims more than 200,000 subscribers, said in a letter to readers.

Two vegans who fed their 11-month-old daughter only mother's milk went on trial in northern France on Tuesday charged with neglect after their baby died suffering from vitamin deficiency.
Advertisement

"In an ideal world we would use custom-shot photography for every spread, but it is simply not financially feasible for VegNews at this time," the magazine said in the letter on its website, VegNews.com.


The use of meat dishes to illustrate vegan treats was revealed on Wednesday by the vegan food blog quarrygirl.com, which showed pictures of several "vegan" dishes alongside the original stock photos.

Omega-3s And B12 May Reverse Vegans' Elevated Heart Risk

People who follow a vegan lifestyle  strict vegetarians who try to eat no meat or animal products of any kind  may increase their risk of developing blood clots and atherosclerosis
Advertisement
In one case, bones were photoshopped out of a dish presented in VegNews as "Vegan Spare Ribs." In another, a picture of what was described as "veganized Brunswick stew" was actually chicken breast soup.

The anonymous authors of quarrygirl.com said they were cancelling their subscription and returning an award they received from VegNews.

VegNews, in the letter to readers, said it was a privately owned, publication owned-and-operated by vegans with no funding or investors.

"VegNews is a labor of love, totally motivated by our dedication to ending animal suffering," VegNews said.

"Publishing a magazine is extremely costly -- with exorbitant costs for printing, postage, paper, and production," it said.

"In those rare times that we use an image that isn't vegan, our entire (vegan) staff weighs in on whether or not it's appropriate," it said.

VegNews said "it is industry standard to use stock photography in magazines -- and, sadly, there are very few specifically vegan images offered by stock companies.

In a case of love conquers all, Jessica Simpson says she will eat a Tofurkey on Thanksgiving, as fiance Eric Johnson is a vegan.
Advertisement
Advertisement