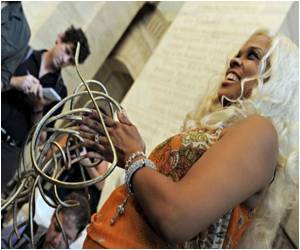 What happens in Vegas famously should stay in Vegas -- and Sin City displays oon Friday at those who it says betrayed Prince Harry by leaking pictures of him partying naked.

The Nevada gambling city ran a full-page ad in the USA Today newspaper with the headline "For Shame" aimed at whoever took pictures of the fun-loving British royal in a Las Vegas hotel suite.

"TO THOSE WHO TRADED IN THEIR PLEDGE TO THEIR LAS VEGAS BRETHREN, WE DEPLORE YOU," it said. "We are calling on you, the defenders of what happens in Vegas staying in its rightful place -- in Vegas.


"We are asking for a shun on these exploiters of Prince Harry. We shall boycott partying of any kind with them. No bottle service. No bikini clad girls. No Bucatini from Batali.

"In other words, we will not play with them anymore," it added.

"We're letting the ad speak for itself," spokesman Jeremy Handel of the Las Vegas Convention and Visitors Authority told AFP, while adding that it was planning to release a statement later on.

The grainy pictures of Harry, the third in line to the British throne, first emerged on celebrity news website TMZ, but were then published around the world -- although not initially by British media.

Rupert Murdoch's tabloid The Sun broke ranks with its counterparts Friday, publishing the pictures and saying it was "ludicrous" that British newspapers were not allowed to print photos already been seen by hundreds of millions. 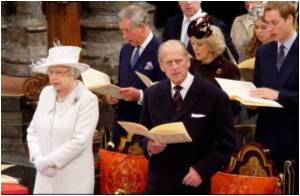 Royal Family: Poll Shows Support
Two thirds of British people believe that the country is "better off" because of the royal family, revealed in a poll.
READ MORE

Is the Brit Royal Family Being Cruel to Animals? Queen Spotted Wearing Real Fur
The Queen and duchess have been accused of "ostentatious display of cruelty" after they were seen wearing real fur.
READ MORE 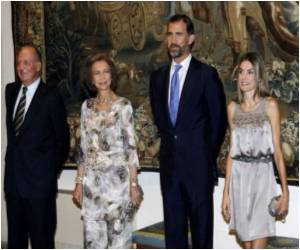 Budget Cut Pinch for Spain's Royal Family
Spain's royals are feeling the pinch: the austerity-minded Socialist government is cutting the family's budget next year for the first time in history.
READ MORE