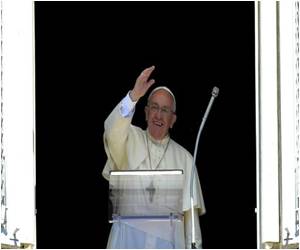 During an overhaul of the system aimed at transforming the once-murky institution into a paradigm of transparency, the Vatican has found hundreds of millions of euros.

"We have discovered that the (Vatican's financial) situation is much healthier than it seemed," the pope's economy czar, Australian cardinal George Pell, told Britain's Catholic Herald.

A supposed miracle attributed to Paul VI has been recognized in the Vatican, and beatification of the late Italian pope will be done in October, a Vatican source said Tuesday.
Advertisement

"Some hundreds of millions of euros were tucked away in particular sectional accounts and did not appear on the balance sheet," he said in an essay published Thursday which set out to explain how the papal bank, dogged by accusations of corruption, is cleaning up its act.


Pell, picked by Pope Francis to head up the Secretariat for the Economy and oversee the reforms, spoke frankly about the Vatican's former practice of secrecy and allegations of money laundering which dogged the bank for decades.

Setting up of a global task group to fight human trafficking was agreed on Thursday by police chiefs and clergymen from over a dozen countries.
Advertisement
The bank was the main shareholder of the Banco Ambrosiano, which collapsed in 1982 amid accusations of ties to the Mafia, while its chairman Roberto Calvi -- dubbed "God's Banker" -- was found hanging from Blackfriars Bridge in London in a suspected murder by mobsters.

He also spoke of the "almost unanimous consensus among the cardinals" during the conclave which elected Francis last year that the bank needed to be brought into line with international standards.

The reforms are now "well under way and already past the point where it would be possible to return to the 'bad old days'. Much remains to be done but the primary structural reforms are in place," he said.

The cardinal, 73, said the changes were "designed to make all Vatican financial agencies boringly successful."

He also admitted the Vatican was "not broke", saying it was "paying its way, while possessing substantial assets and investments".

After a campaign to weed out suspect accounts at the bank, he said the Vatican was guarded against criminal infiltrations and was determined to invest donations "efficiently and honestly".

The centuries-old institution was perceived by some as "an old noble family sliding towards bankruptcy... incompetent, extravagant and easy pickings for thieves. Already this misapprehension is dissolving," he said.

Vatican has taken an intrepid hawk for protection of the pope's doves after two were killed in front of horrified crowds by a crow and seagull, reported in a Catholic weekly.
Advertisement
Advertisement