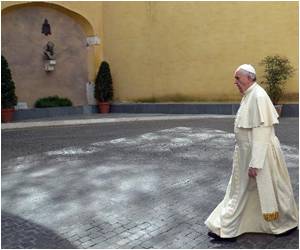 Pope Francis's ministry is all set to open a new Vatican barber shop where Rome's homeless will be able to get free haircuts and shaves.

The offer comes after a member of the Catholic Church said that he would install three showers for homeless men and women in the public restrooms off Bernini's Colonnade in St. Peter's Square, Fox News reported.

Mgr. Krajewski told a publication that their primary concern is to give people their dignity and when a person has no means of washing themselves, they are rejected by society and we all know a homeless person cannot enter a public establishment such as a bar or a restaurant and ask to use the bathroom because they are told to go away.


Krajewski added that showering and washing one's underwear is not enough and a person needs to keep their hair and facial hair tidy, also in order to prevent diseases.

The homeless population in Rome numbers about 3,700, according to a census conducted by a Rome foundation and university.

Hawks Hired by Vatican to Protect Pope's Doves
Vatican has taken an intrepid hawk for protection of the pope's doves after two were killed in ......

Beatification of Pope Paul VI in October in Vatican: Source
A supposed miracle attributed to Paul VI has been recognized in the Vatican, and beatification of .....