The celebrity endorsed Vaseline face-whitening cream has now been brought into Facebook Indoa as an app, and has sparked its share of online controversy about the racially-loaded issue of skin colour. 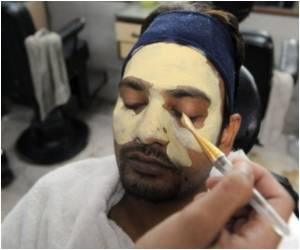 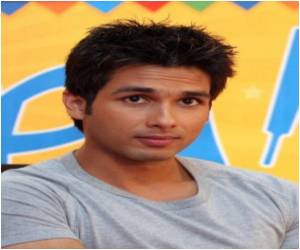 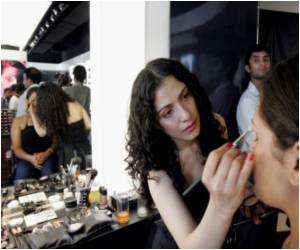 It enables users to digitally whiten their profile pictures and remove dark spots -- an idea that has evoked a largely negative response in the blogosphere since news broke earlier this week.


"Vaseline's latest marketing campaign, largely targeted at south Asia but accessible globally, will probably make you uncomfortable," wrote columnist Alexis Madrigal on the website of US magazine The Atlantic.

Scientists from the University of Cincinnati and Tokyo Medical University have discovered a new beauty secret for balanced skin color and tone
Advertisement
"Modern humans' desire to make their skin darker or lighter is a rather icky reminder of the pigment-o-cracy that exists in many countries."

The market for skin-lightening cream in India is estimated to be worth about 500 million dollars a year by market research group Nielsen. Sales of products for men grew by 25 percent last year and by 17 percent for women.

The first cream for women was launched 27 years ago, while the Indian cosmetics group Emami was the first to see potential in the male market in 2005 when it launched "Fair and Handsome" with Bollywood superstar Shah Rukh Khan.

"The adverts play with the minds of men," Radhakrishnan Nair, the editor of Indian men's magazine MW told AFP. "The message they send is: 'If you have fair skin, you will get a good job, a promotion and a beautiful and faithful wife'."

The matrimonial adverts that appear in Indian newspapers are also a vivid illustration of the cultural preference for paleness. A widely-understood lexicon has been developed to talk about skin tone.

Somebody described as having a "wheaten" complexion is lighter in skin tone than somebody who is "dusky". It is commonplace to comment on someone who is beautiful and "very fair" in the same breath.

In shops for passport photos, the camera operator will frequently offer a "free lightening service" when the pictures are processed and printed.

"Indians believe that if you have fair skin you belong to the higher caste, the Brahmins," he added, explaining that a succession of light-skinned colonisers in India reinforced the association of fairness with power.

"The Aryans, who came from central Asia, in addition to the Portuguese, the French and the British colonisers ruled over the country and probably contributed to this negative perception of dark-skin."

The marketing campaigns for creams by Emami and other foreign brands such as Vaseline, Garnier or L'Oreal clearly reinforce the notion of whiteness and beauty.

Market-leader Emami has run into fierce criticism for its not-so-subtle advertising of "Fair & Lovely" for women and "Fair & Teen" for teenagers.

A campaign in 2003 featuring a dark-skinned woman who was unable to get married was branded "highly racist" by Brinda Karat, general secretary of the All India Democratic Women's Association.

The campaign was probably reflecting views held privately by many Indian women, however, particularly in the north of the country.

In 2009, a poll of nearly 12,000 people by online dating site Shaadi.com, revealed that skin tone was considered the most important criteria when choosing a partner in three northern Indian states.

Creams range in price from about a dollar to 40 dollars and can be bought in most pharmacies in India. They work by targeting melanine, the skin pigment that absorbs darkening UV light, and are not thought to pose a health risk.

Ashu Kumar, 24, is one of the latest customers. The student began using the cream a few weeks ago and hopes to see a result in the next month, as promised by the manufacturer.

"My skin is too dark," he told AFP. "If I don?t make it fairer, I?m worried I'll have trouble finding a woman to marry me."

India continues to talk tough on racism in Australia. It is warning of serious consequences if not enough is done to rein in thugs and protect Indians in the country.
Advertisement
<< The Best Place to Die - Is Britain!
Dawn of Digital Advertising: Tokyo Trials Billboards That S... >>

KFC has pulled off a TV ad it was running in Australia after a wave of protests in the US.