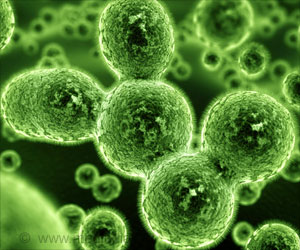 Why people respond differently to bacterial infections, has been a question for decades. While genetic defects make some more susceptible to infection, that is not the entire story. New study published in PLOS Pathogens suggests that variations among strains within a single bacterial species may also provoke varied immune responsiveness in their human hosts. This variability is mainly contributed by viruses that infect bacteria.

In the case of TB, for example, less than 10 percent of those infected with Mycobacterium tuberculosis develop severe lung disease, while others remain symptom-free.

Advertisement
‘Identifying the strains which are more prone to causing infections in people will allow predicting a patient's disease outcome.’

Uri Sela, a clinical fellow in the laboratory of Vincent A. Fischetti, obtained these findings by analyzing blood samples from healthy volunteers whose immune cells had been challenged with different strains of Staphylococcus aureus. In many other studies, however, scientists have drawn conclusions about the immune system's interactions with a bacterium based on experiments with a single strain, which may not be representative of the species as a whole, Sela says.


"Our findings are novel and unexpected," he notes, "and may set the stage for better ways to predict a patient's disease outcome and tailor treatment accordingly."

Bacterial Meningitis
Bacterial infection that causes inflammation of the membranes of the brain, is called bacterial ......