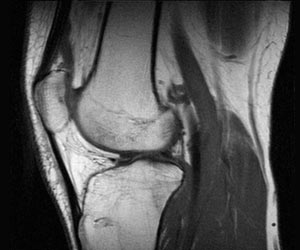 Sophisticated medical imaging is often cited as a leading driver of health care costs. The increasing availability of techniques such as computed tomography (CT), magnetic resonance imaging (MRI) and positron emission tomography (PET), while aiding large number of patients, has also made the treatment of disease and injury more expensive.

But as a new study co-authored by an MIT economist observes, the growth of such cutting-edge medical imaging procedures has slowed, suggesting that the diffusion of technology does not necessarily lead to steadily increasing health care costs.

Instead, in the paper  "The Sharp Slowdown In Growth Of Medical Imaging," published this week in the August issue of the journal Health Affairs  MIT economist Frank Levy and David W. Lee of GE Healthcare suggest that a more selective use of high-end imaging is evolving within the medical profession. This transformation is likely due to the changing structure of insurance plans  especially the exercise of "prior authorization," the preapproval of certain treatments  as well as increased concerns about the side effects of some imaging methods.


In turn, the findings suggest the need for a nuanced understanding of the ways new technologies are incorporated into medical practices over time  and of the relationship medical practices may have to America's fiscal situation.

"There's no chance of ever getting the federal deficit under control unless you can get health care costs under control," says Levy, a professor of urban economics in MIT's Department of Urban Studies and Planning. "But just to say technology is the driver, I think, is an easy way out in terms of looking at the system."

The study by Levy and Lee builds on a 2010 Health Affairs paper by researchers at Thomas Jefferson University in Philadelphia, who showed that after a rapid expansion in advanced medical imaging, use of the technologies for Medicare recipients slowed in 2006 and 2007. Combining statistics for the government-backed Medicare system with data from commercial insurers, Levy and Lee found that the trend extended at least through 2009, and included patients enrolled in employer-sponsored health plans, too.

Using data from commercial insurers, Levy and Lee, who is the general manager and head of health economics and reimbursement at GE Healthcare, found that about half of the slowdown in MRI imaging involved diagnoses of back, elbow and knee problems; essentially, doctors in those cases appear to have opted for more conservative treatments to deal with ailments that may only have been temporary injuries.

"Eight or nine years ago, the atmosphere [in clinics and hospitals] was that if you're not doing a scan, you're not doing modern medicine," Levy says. "Now ... there's more consideration about whether patients really need a scan or not. And in a lot of situations, that's totally appropriate." The study also included interviews with doctors and benefits managers to shed light on their decision-making practices.

But the main reason growth slowed, the paper suggests, is because of new insurance arrangements. These include larger deductibles: The percentage of employees with a deductible of at least $1,000 grew from 10 percent in 2006 to 27 percent in 2010. Levy and Lee also cite the increased use of "prior authorization" in insurance, which requires general practitioners to conform to guidelines about the appropriateness of medical treatments, such as exams and medication. Congress' 2005 Deficit Reduction Act, which reduced reimbursements for imaging performed in physicians' offices, also played a role. This may have reduced the incentives for doctors to acquire, say, MRI machines for their own offices and then use them frequently to pay for that initial investment.

The new "fiscal pressure on the system," Levy says, likely drove doctors to take a more moderate approach to imaging that would not have occurred "if money were not a problem."

As Levy notes, the study implies "no general conclusion that we're always overutilizing technology in every area."

Yet other researchers who have seen the study think the apparent connection Levy and Lee have found between insurance changes and the altered use of imaging may have parallels in other fields of medicine.

"I find [the paper] very plausible," says Richard Frank, a professor of health economics at Harvard Medical School. "It's instructive for thinking more broadly about the kinds of things we need to do to bring down health care costs."

To be sure, Frank notes, different medical disciplines "vary a tremendous amount." However, he adds, "There are a lot of norms in medical practice, which adapt to the financial and management systems we have in place. And when we start to change those systems ... it starts to change the [medical] norms in important ways."

Jonathan Skinner, a health care economist at Dartmouth College, calls the paper "a landmark study," and suggests a pair of further research questions deriving from the study: one, whether the slowdown in imaging led to a slowdown in the follow-up procedures typically related to imaging, and two, whether some kinds of health care providers were quicker to than others to scale back on unnecessary imaging.

For his part, Levy's ongoing research on health care will continue to focus on imaging: He is working with a group of physicians at a major Boston hospital as they develop treatment guidelines to avoid excessive use of imaging technology.

Levy's work has been supported by an investigator award from the Robert Wood Johnson Foundation.

Extravagant Doctors' Fees Make Health Insurance Steep in US, Says Study
Do extravagant doctors' salaries and climbing fees have something to do with mounting health care costs in the US?
READ MORE