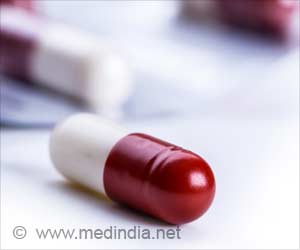 The makeup of bacterial communities in the vagina, the vaginal microbiome, may increase or decrease HIV risk for women, depending on which bacteria are there, shows new study published in The Lancet Infectious Diseases . Analyzing data collected for years by AIDS research in six African nations, scientists have pinpointed seven bacterial species whose presence in high concentrations may significantly increase the risk of HIV infection in women. These clues are particularly important in sub-Saharan Africa, where women account for 56 percent of new HIV infections.

Dr. David Fredricks, a physician-scientist at Fred Hutchinson Cancer Research Center and senior author of the study, said the results could lead to a better understanding of how biological conditions may promote infection by the virus that causes AIDS, and perhaps offer targets for future prevention research.

‘High concentrations of specific species of bacteria in the vagina increase a womans risk of developing HIV.’

Fredricks is a leading expert on the complex microbial communities that live in the vagina and the role they play in health and disease. He and his Hutch team wrote up the study with researchers in Kenya and with University of Washington colleagues led by physician and epidemiologist Dr. Scott McClelland, who is first author on the paper.


The bacterial equivalent of a bad poker hand

Of seven bacterial species linked to higher risk, the most conspicuous of them is Parvimonas Type 1, an otherwise common bug not considered particularly worrisome. But to use a poker game analogy, the researchers found that women carrying high concentrations of that bug had been dealt the equivalent of a bad hand. They had much higher odds -- 4.6 to one -- of acquiring HIV than those who did not.

The study also showed that the odds of HIV infection increased as concentrations of that bacterium increased. Biologists call this a "dose-dependent response" -- the more bugs, the more risk of HIV infection. Three other bacterial species had a similar dose response.

"When we see dose-response effect, it increases our confidence that this is real," Fredricks said.

He said studies of microbial communities often show associations between bacterial populations and health impact, but frequently they lack corroborating evidence to validate the findings. In this study, two complementary methods of evaluating the effects of vaginal bacteria were deliberately used.

"We validated this," he said. "No matter how we sliced and diced it, we found the same result. That tells us this signal is likely to be true."

Most studies of microbes that colonize different parts our body -- inside and out -- suggest that a greater variety of bacteria in those locations is healthier for the human who harbors them. The greater the diversity of bugs in a person's microbial jungle, the better. But Fredricks' earlier research turned up a surprising exception: the vagina.

His studies have shown that women whose vaginas are colonized by a wide variety of microbial species are more likely to suffer from bacterial vaginosis, or BV. It is a common condition associated with malodorous discharge and an increased risk of sexually transmitted infections. Several studies have shown that BV is linked to a 1.5-fold increased risk of HIV, and a recent South African study showed that women with "high diversity" bacterial communities had a fourfold increase in their odds of acquiring HIV.

The new study is the first ever to link higher HIV risk to the amount, or concentrations, of specific vaginal bacteria.

Fred Hutch HIV researcher Dr. Julie Overbaugh, holder of the Endowed Chair for Graduate Education, is a co-author of the new study. Reached in Kenya, she wrote in an email that the latest work "begins to more clearly define which bacteria species associated with BV are linked to HIV risk," which is important for understand how BV affects HIV.

"The study was incredibly challenging because, to study bacterial cofactors of HIV risk, the team needed to identify samples collected just prior to HIV acquisition," she said. "These types of cohort studies take years."

Gathering this detailed information required a remarkable collaboration involving five of the largest studies of HIV risk carried out in Africa. It involved intensive molecular testing of swab samples from 87 women who had acquired HIV infection and of 262 who did not, and sophisticated analysis comparing the vaginal microbial communities in each of those groups.

Fredricks and UW's McClelland were able to obtain frozen samples of vaginal swabs taken, in some cases, as far back as 2004. The studies included the Mombasa cohort, which tracks HIV infection in female sex workers in Kenya -- for which McClelland is site leader -- and the UW-led Partners in Prevention study funded by the Bill & Melinda Gates Foundation. The various studies included women from Botswana, Kenya, South Africa, Tanzania, Uganda and Zambia.

The results were consistent throughout Africa, and among three distinctly different groups of women at high risk of HIV infection: pregnant women, sex workers and women who were initially HIV negative but had HIV-positive male partners. "What this means," said Fredricks, is that these results are generalizable to many women, at least in sub-Saharan Africa."

Publication of the results, said McClelland, comes 10 years after he and Fredricks first envisioned such a study. It took three tries to obtain funding for the research, and another seven years to gather the samples and the data, analyze it and come up with the results.

A great example of team science

"This is a paper where the heavy lifting came in several different places, starting with the field researchers," McClelland said. "It was a huge amount of work involving teams in a dozen different sites. It is a great example of team science, with a lot of people doing fantastic work to make this come together."

The study also depended on extensive, time-consuming analysis to identify the most important vaginal bacteria involved. Key to the research was the use of a two-step process to analyze the samples. First, the team used a gene hunting method known as PCR to find out which types of bacteria were most commonly found among the women in the study. The results from these screens produced a list of 20 suspect bacteria but no information on the quantity of each species.

In the second stage of the study, the researchers used another version of the gene-probe technology, called "quantitative PCR," which yielded the vaginal concentrations of each of the 20 species in every sample, and linked it to HIV risk. This was the most important and novel test, the one that implicated each of the seven bacterial species.

The teams already are heavily engaged in additional studies to replicate the results and to gain further insight into what makes these seven species in particular affect HIV risk. There appears to be no common denominator among the seven bacteria. None are seen as dangerous pathogens -- disease-causing bacteria such as staphylococcus or E. coli. But the researchers suspect these bugs, alone or in combination, may have a role in promoting inflammation, an immune response that can bring to the vagina the very kind of infection-fighting blood cells that HIV is most prone to infect. Further research is needed to prove that suspicion.

McClelland said that BV can be treated with antibiotics, but the treatments are only modestly effective, and the condition has a high recurrence rate. The new study suggests that some bacteria involved in BV are more important than others in raising HIV risk, and that treating those bacteria with antibiotics might be a more effective way to protect these women from the virus.

Source: Eurekalert
<< Role of the Hippocampus in Linking Similar Memories
Hepatitis C Drug Found to be Effective Against Zika >>

Latent HIV Reservoirs may Show Resistance to Elimination by CD8+ T-cells
Latent HIV reservoirs that act as an obstacle to CD8+ T-cells can be killed by combining latency ......

Himachal Launched Nutrition Scheme for HIV-Positive Kids
HIV-infected children with severe malnutrition have a higher risk of mortality than uninfected ......