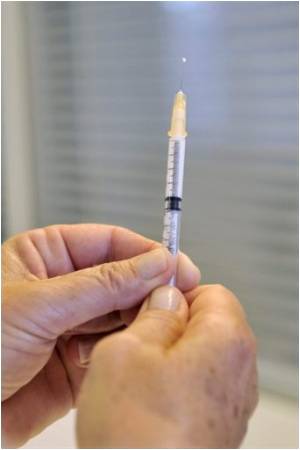 Japan's health ministry on Thursday reported the death of a sixth infant who recently received vaccinations made by Pfizer or Sanofi-Aventis that have been suspended since last week.

The ministry said the unidentified boy, aged between six months and one year, died seven days after receiving Sanofi Pasteur's ActHIB in combination with a DPT shot for diphtheria, whooping cough and tetanus on February 15.

Tetanus (or Lockjaw) is a serious preventable infection that can affect the muscles and nerves and results from contamination of wound. The vaccine against Tetanus can prevent the infection.
Advertisement

The latest case followed the ministry's earlier reports that five infants under three years old had died since early February after receiving the vaccinations alone or in combination with other drugs.


At least three of the six infants suffered from known pre-existing heart conditions and other illnesses.

The ministry has suspended Prevenar, made by New York-based Pfizer, and ActHIB, made by the Sanofi Pasteur wing of Paris-headquartered Sanofi-Aventis, while it investigates whether they are linked to the children's deaths.

Both shots have been given widely to children around the world for years to prevent bacterial infections causing pneumonia and meningitis, which can be fatal in rare instances.