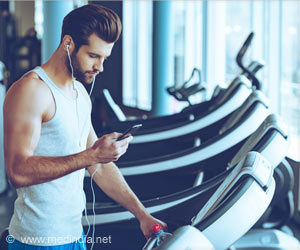 The research team used machine learning to find and comb through exercise-related tweets from across the US, unpacking regional and gender differences in exercise types and intensity levels.


By analyzing the language of the tweets, this method was also able to show how different populations feel about different kinds of exercise.

"In most cases, lower-income communities tend to lack access to resources that encourage a healthy lifestyle," said study author Elaine Nsoesie, Assistant Professor at the Boston University in the US.
Advertisement
"By understanding differences in how people are exercising across different communities, we can design interventions that target the specific needs of those communities," Nsoesie said.

The research team compared tweets by men and women and from four different regions of the country: the Northeast, the South, the Midwest, and the West.

According to the findings, the top exercise terms were "walk", "dance", "golf", "workout", "run", "pool", "hike", "yoga", "swim" and "bowl". Walking was the most popular activity overall, but other activities varied by gender and region.

Target Heart Rate During Exercise
Embarking on a fitness regime? Find out what your safe heart rate zone while exercising....