User Satisfaction With Electronic Health Records Has Decreased Since 2010: Survey of Clinicians 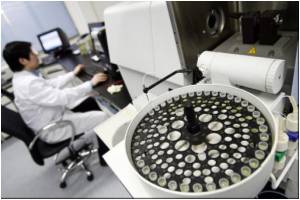 Satisfaction and usability ratings for certified electronic health records (EHRs) have decreased since 2010 among clinicians across a range of indicators, according to survey results. Overall, user satisfaction fell 12 percent from 2010 to 2012. Users who are "very dissatisfied" increased 10 percent during the same time period.

The American College of Physicians (ACP) and AmericanEHR Partners revealed the findings in a presentation, "Challenges with Meaningful Use: EHR Satisfaction & Usability Diminishing," at the 2013 HIMSS Conference & Exhibition. AmericanEHR Partners provides comprehensive information to support clinicians in the selection and use of EHRs to improve health care delivery. It was founded by ACP and Cientis Technologies.

"Dissatisfaction is increasing regardless of practice type or EHR system," said Michael S. Barr, MD, MBA, FACP, who leads ACP's Medical Practice, Professionalism & Quality division. "These findings highlight the need for the Meaningful Use program and EHR manufacturers to focus on improving EHR features and usability to help reduce inefficient work flows, improve error rates and patient care, and for practices to recognize the importance of ongoing training at all stages of EHR adoption."


The findings are from 4,279 responses to multiple surveys developed and analyzed by ACP and AmericanEHR Partners between March 2010 and December 2012. Of the clinicians who responded to the surveys, 71 percent were in practices of 10 physicians or less and 82 percent of respondents intend to participate in Meaningful Use incentive programs, up from 65 percent in 2010.
Advertisement
Additional key findings from the surveys include:

Modest Gains in Adoption of Electronic Health Records Seen in US Hospitals
A new study by researchers from the Harvard School of Public Health (HSPH) suggests that the goal .....

NIST Guide to Improve Structure of Pediatric Electronic Health Records
In an attempt to improve the structure of electronic health records for pediatric patients, the ......

Electronic Health Records For The U.S. Difficult To Do, But Could Pay Off
"Creating an electronic health record for every American by 2014 is a big part of Obama's agenda ......