Use of Oral Contraceptive Ups the Risk of Breast Cancer

A new study has revealed that use of oral contraceptives can increase the risk of developing breast cancer than nonusers.

The study results were based on data from the Black Women's Health Study (BWHS), a large follow-up study of 59,000 African American women from across the U.S. conducted by investigators at the Slone Epidemiology Center since 1995.


Researchers from the Slone Epidemiology Center at Boston University School of Medicine (BUSM) followed 53,848 participants in the BWHS for 12 years, during which time 789 cases of breast cancer developed on which information on receptor status was obtained.


The incidence of estrogen receptor negative cancer was 65 percent greater among women who had ever used oral contraceptives than among nonusers.

Lead author Lynn Rosenberg, an associate director of the Slone Epidemiology Center and professor of epidemiology at BUSM, pointd out- that oral contraceptive formulations have changed over time, making it relevant to assess the effects of more recent formulations on breast cancer risk.

"Some past studies found a stronger association with estrogen receptor negative breast cancer. This was the first assessment of the effect of oral contraceptive use on the incidence of breast cancer classified by receptor status among African American women," said Rosenberg.

"A mechanism to explain an adverse influence of oral contraceptives on development of estrogen receptor negative breast cancer is currently unknown," she added.

The study has been published online in Cancer Epidemiology Biomarkers and Prevention. 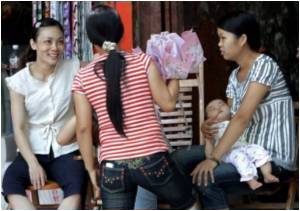 Prolonged Use of Certain Contraception Jabs may Up Fracture Risk
A popular injectible contraceptive, DMPA, is linked with increased risk of bone fracture when used alone, and not in combination with estrogens, a recent insight has revealed.
READ MORE