Use of Dental Services Unequal Among NJ Youngsters: Rutgers Study


The Facts & Findings report, New Jersey Children without Dental Services in 2001 and 2009, was prepared by Rutgers' Center for State Health Policy (CSHP). The study used data from the center's 2001 and 2009 New Jersey Family Health surveys (NJFHS) to describe the characteristics of children ages 3 to 18 who received no dental services within a year. The report concludes that generally, New Jersey's children experienced improved access to dental care between surveys but that gaps remain largely based on race/ethnicity, health insurance status and family income.


The NJFHS, funded by the Robert Wood Johnson Foundation, provides population-based estimates of health care coverage, access, use and other topics important for New Jersey policy formulation and evaluation.

Many groups recommend regular trips to the dentist for children. An American Dental Association report calls for regular dental check-ups, including a visit to the dentist within six months of the eruption of the first tooth and no later than the child's first birthday. An American Academy of Pediatric Dentistry advisory calls for a dental check-up at least twice a year for most children.

"Tooth decay remains one of the most preventable common chronic diseases among children," said José Nova, research project coordinator and lead author of the study. He cited a U.S. Surgeon General report that tooth decay affects more than 25 percent of American children ages 2 to 5 and 50 percent of those ages 12 to 15.

CSHP found that the percentage of study-age children without dental care in the previous year decreased between surveys by 11 percentage points to 22 percent in 2009. A high percentage of Hispanic children did not have a dental visit in each year (51 percent and 38 percent, respectively). By about a 2 to 1 margin, non-Hispanic black children were also less likely than white children to have had a visit to the dentist in each survey year. This group, however, also experienced the most improvement: nonvisitors fell 18 points to 28 percent in 2009.

Health insurance status is a major determinant of dental care utilization, the research found. The rate of uninsurance for New Jersey children fell by almost 50 percent to 7 percent in 2009, but the percentage of uninsured children who went without dental care increased from 68 percent to 76 percent. The large majority of publicly insured children are covered by Medicaid/NJ Family Care. Still, about one-third did not see a dentist in 2009. Children with employer-sponsored or privately purchased insurance were much more likely to receive dental care.

Youngsters in families with incomes less than double the federal poverty level (FPL) were less apt to receive dental care. About half of children whose family's income was below the FPL did not see a dentist in both 2001 and 2009. Also, foreign-born children were much more likely to lack dental care than U.S.-born children with or without an American-born parent.

The report also called well-care doctor visits an important indicator of the likelihood of a child receiving dental care, perhaps due to concerted efforts to increase dental referrals in managed care plans and the expansion of dental care in federally qualified health centers. "The odds were three times as great for children who did not have a well-child doctor visit in the past year to not receive dental care as those who visited a doctor," Nova said. He added that care for underserved youngsters could be improved with expanded health coverage under the Patient Protection and Affordable Care Act. 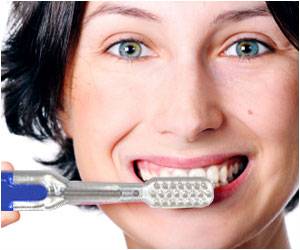 Revolutionary Toothbrush May Signal The End Of Toothpaste!
A path breaking revolutionary ionic solar toothbrush is making waves as it heralds the end of bacteria from the mouth, dental plaque, gingivitis and toothpaste!
READ MORE

Guard Your Teeth- Save Your Heart
Apparently there is some bad news waiting for those who do not brush their teeth at least twice a day!
READ MORE