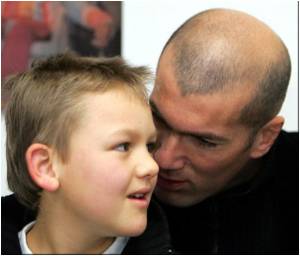 In children and adolescents, use of stimulant medications to treat Attention-Deficit/Hyperactivity Disorder (ADHD) has increased significantly over the past several years.

This trend toward increased use of prescription stimulants extends beyond ADHD to other types of neuropsychiatric disorders in children and teens as well, including Autism Spectrum Disorder (ASD), according to a study published in Journal of Child and Adolescent Psychopharmacology (JCAP), a peer-reviewed journal from Mary Ann Liebert, Inc., publishers. The article is available on the JCAP website.

Søren Dalsgaard, MD, PhD, Helena Skyt Nielsen, PhD, and Marianne Simonsen, PhD, Aarhus University (Denmark), Lundbeck Foundation Initiative for Integrative Psychiatric Research (Denmark), and Hospital of Telemark (Norway), conducted a study of more than 850,000 children born in Denmark between 1990 and 2001. They found that 61% of children with ADHD, 16% of children with ASD, and 3% of those with other psychiatric disorders were treated with one or more medications typically prescribed for ADHDmethylphenidate, dexamphetamine, and atomoxetine. The data indicated significant increases in the prescription rates of these medications during the years 2003 to 2010.


"This study utilizes a population-based national cohort of children and adolescents, and assesses stimulant treatment in children and adolescents with ASD," says Harold S. Koplewicz, MD, Editor-in-Chief of JCAP, and President, Child Mind Institute, New York, NY. "This is the largest and first prospective study to quantify the change in the use of treatment with ADHD medications over time."

Source: Eurekalert
Advertisement
<< Health Ministers Pledge to Control and Prevent Hypertension
Medicaid Pays for 45 Percent of All Births in US >>

Stimulants Help Fight Cancer
An environment that has physical, mental and social stimulation causing mild stress can inhibit the ...

New Stimulants Could be Developed from Dreaming, Waking Brain Mechanisms
A new study says that scientists may be able to develop more effective anaesthetics and ......