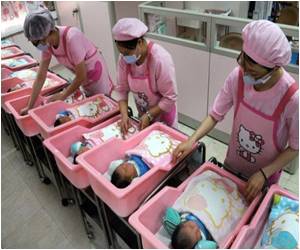 In the United States the number of new teenage mothers is at its lowest level in nearly 70 years, reveal figures.


In one year, between 2009 and 2010, the rate plunged by nine percent, a "phenomenal" decline, Brady Hamilton, an author of the study, told AFP.

He attributed the "good news" of the report to both the general decline in fertility among all age groups -- except women aged 40-45 -- and to "numerous programs" aimed at preventing teen pregnancy.

Obesity negatively affects fertility in females. Find out why fat women have lesser chances of falling pregnant by participating in the following quiz.
Advertisement
However, the US teen birth rate remains far higher than that of other industrialized countries.

The US report said the teen birth rate was down across all racial groups and all areas of the country.

However, the rate varies by region, with the southern state of Mississippi recording a rate of 55 births per 1,000 teenage women and the northeastern state of New Hampshire recording just 15.7.

The overall teen birth rate "continues to be a matter of public concern because of the elevated health risk for teen mothers and their infants," the National Center for Health Statistics said.

In the United States, birth rates by teenagers and young adult mothers declined last year, shows report.
Advertisement
Advertisement
This site uses cookies to deliver our services.By using our site, you acknowledge that you have read and understand our Cookie Policy, Privacy Policy, and our Terms of Use  Ok, Got it. Close
×