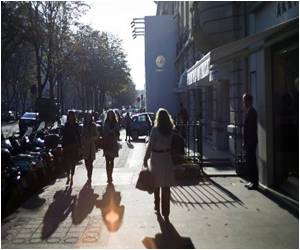 Black Friday, the pinnacle of the US shopping year, comes on a Thursday this year. And even earlier.

Desperate for consumer bucks, US chain stores, some fighting for survival, are upping the ante this holiday shopping season with cutthroat discounts offered earlier than ever, and ever-longer opening hours.

The prize is not massive profits. It is just getting a big enough piece of the $600 billion consumers could spend to survive unfazed.


Giants like Walmart, Target and Best Buy, and online goliath Amazon, are squaring off with deals launched a week before traditional start of the Thanksgiving-Christmas shopping season.
Advertisement
Eyes are particularly on two department store chains that once ruled the holiday market -- Sears and JC Penney -- both wrestling for their corporate lives.

"It's going to be a very intense shopping season," with one less weekend than last year between the two big holidays, said Chris Christopher, director of consumer markets research at IHS Global Insight.

Macy's chief financial officer Karen Hoguet noted that the holiday shopping season will be "shorter and more intense" this year.

"We expect a heightened sense of urgency among customers," she added.

Black Friday got its name from the shopping frenzy that accompanied early store openings and sharp discounts on popular merchandise on the day after Thanksgiving -- which falls on the fourth Thursday of November.

But in recent years, some stores moved their openings back to the evening of Thanksgiving, eroding what some saw as the sanctity of a national holiday, for both shoppers and employees.

Everyone is joining the fray this year, opening their doors from late afternoon on Thanksgiving day, November 28, and promising to stay open all night and throughout Friday.

Going to the extreme, Sear's Kmart chain will open at 6:00 am on Thanksgiving day, and remain open for 41 hours straight.

Underscoring the tenacious fight for shoppers, some retailers are already delivering their ultra-discounts a week ahead.

Walmart upped the ante by kicking off its sales on November 22, with a list of popular toys and electronics marked down as much as 50 percent. On Black Friday itself, they will offer a 32 inch LED television for just $98.

More than ever before, the battle will take place both online and in stores. Battered by the success of Amazon, which only sells over the Internet, the brick-and-mortar retailers are now online in force and offering their deals however and wherever consumers will take them.

Electronics retailer Best Buy is promising to discount its way through Christmas, December 25, and will refund the difference if someone pays more for items whose prices were cut again afterwards.

"We need to be in the game. So that's what we're going to do," said chief executive Hubert Joly.

The stakes are highest for JC Penney and Sears. Penney, the 1,100-store chain that has been gasping to survive, stayed shut on Thanksgiving day last year and lost out hugely.

This year, they are not making the same mistake. The stores will open at 8:00 pm on Thursday and stay open through Friday night.

"We are fully prepared to execute our aggressive plans for the holidays," chief executive Mike Ullman said.

Sears, meanwhile, announced it will "move" Black Friday up one week for Sears stores and by five days for Kmart.

"Black Friday itself won't be a determinant of success," said Michael Exstein, a retail industry specialist at Credit Suisse.

"But clearly, if you are behind after Black Friday, it's really tough to make it up."

Still, the outcome will depend mostly on the willingness of consumers to open their wallets wider.

IHS's Christopher forecast spending to rise 3.2 percent from last year, for a total of about $600 billion.

"They will buy a bit of luxury," he said, but would also cut back in other areas to do so.

"By and large, the consumer feels a little bit better," said Exstein. They are venturing up the shopping scale to things they want, and not just what they need, he added.

Paris Aiming to Become Shoppers Paradise
Paris is determined to out-gun rivals London, Milan or Dubai next winter as the world's shopping ......

UK Parents Seeking Low Cost Holidays Behind Increasing Truancy in Schools
UK parents seeking to enjoy off-season holiday discounts could be behind the increasing truancy in ....